Nina Dobrev and Ian Somerhalder Reunite For Easter – Getting Together For Hot Vampire Love! 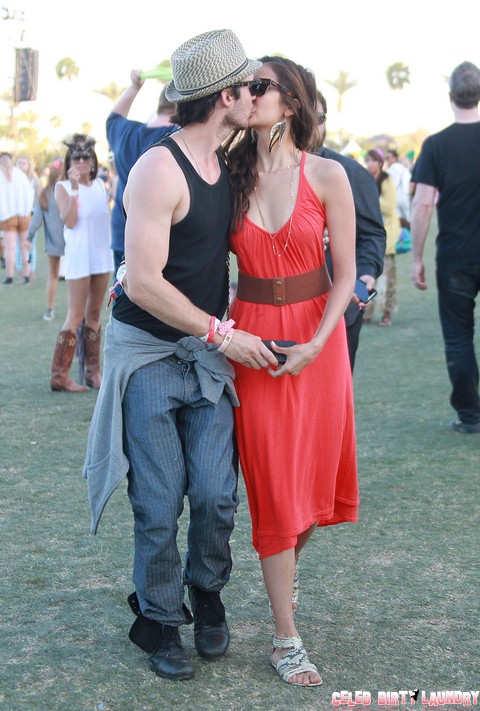 This weekend could be huge for Nina Dobrev and Ian Somerhalder. It could be the first time in weeks that the couple will actually get to spend some serious quality time together. After 18 months of togetherness March has been a month of separation for the two, which has led to tons of speculation about their status. While Ian has been traveling to personal appearance on top of personal appearance Nina has cooled her heels at home. She has alternated between friends and family, looking a little less happy than usual.

Ian seems to have been in great spirits in spite of not seeing her and who knows, maybe he had asked for some space to think things over. If so, she gave it to him and it worked because they are now back in touch again. He publicly called her “babe” on Twitter which means that things must be going pretty well, as the comfort level is still there and Ian isn’t afraid to show his love.

A holiday weekend is rolling up on us and in the past Ian and Nina have spent holidays together with family so I’m guessing there’s probably a plan in place for them to finally get to relax and enjoy some down time together – and maybe some hot vampire loving!

A month is a long time to be away from the one you love and I’m guessing during all of that travel Ian has really missed his co-pilot. After months of traveling together it must have been tricky for him to go it alone again. The Vampire Diaries fans really love this real-life couple. Do you think that this past month of separation will ultimately strengthen them? Or has it made them realize that they really do need to be together all of the time? Tell us your thoughts in the comments below!