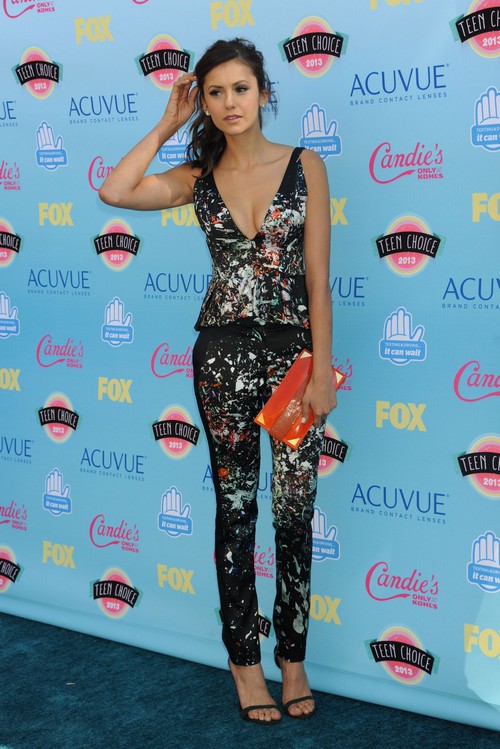 Victoria’s Secret has given out their annual ‘Sexiest’ honors, which include sexiest eyes, sexiest hair, sexiest smile, etc. Nina Dobrev has been awarded ‘Sexiest Style’ which Nina no doubt encompasses. Will this bring Ian Somerhalder back?  The current status of the pair is uncertain with plenty of rumors circulating about a possible reconciliation.

Nina’s red carpet style is definitely one of the best out there, especially among Young Hollywood. She rarely makes a misstep, and even if she does, she carries it off with aplomb.

Obviously, this is very subjective and based on the individual tastes of the current Victoria’s Secret models. Most of these actresses have appeared on the list with different honors in previous years – i.e. Jennifer Lawrence won last year for Sexiest Eyes.

It may not be a big deal to the honorees, but Victoria’s Secret actually hands out trophies for these awards. I suppose it is a big confidence boost to actresses to be named ‘Sexiest’ of anything, and surprisingly, Victoria’s Secret actually has some pretty great choices on this list. They’re not ageist, and the fact that they picked Jessica Chastain for Sexiest Actress shows that they’re not going with the same picks [i.e. Megan Fox, Rihanna, etc.] that every men’s magazine seems to goes for.

What do you guys think about this year’s Victoria’s Secret ‘Sexiest’ picks? Let us know your thoughts in the comments.