Octomom Nadya Suleman Misplaces One Of Her Kids 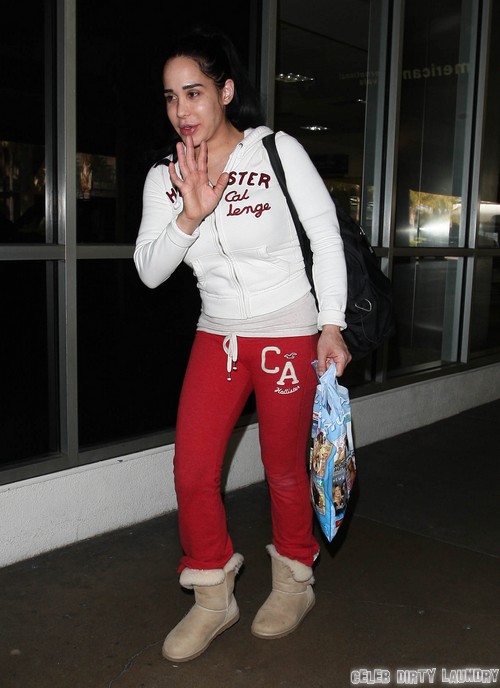 Proving that she is never going to be a candidate for the title of Mother Of The Year, Octomom Nadya Suleman has temporarily misplaced one of her 800 kids. It’s time to get sterilized if you’ve greeted your child at the bus stop, but end up calling the cops to report that he’s missing. Doh! TMZ reports:

Cops were called to Octomom’s L.A. home Thursday … after she called her 7-year-old son’s school panicking that he had gone missing … TMZ has learned.

Long story short … Octo was convinced her child was NOT dropped off by the school bus at the usual time … and freaked out in a desperate effort to locate her boy.

School officials were confused … since the bus driver said he personally witnessed Octomom greet the child when he was dropped off at Octo’s home.

School officials contacted police because they were concerned about the situation. Cops responded to the home … but by the time they arrived, Octo’s nanny had already discovered the boy sleeping in his room where he usually takes naps after school.

Octo told police she doesn’t remember greeting the child at the bus — and is convinced someone else must have dropped him off.

It’s not the first time Octo’s panicked about a potentially missing kid — she called police in 2008 when she couldn’t find a child … but it turns out the kid was with his grandma.

We can’t say that she’s the sharpest tool in the shed, can we? She really has lost her mind! She really needs to consider being GPS’es on her fifty gazillion kids and that way, she can monitor them all. Either that, or stop procreating. Take a guess at which one we’re pushing her toward…