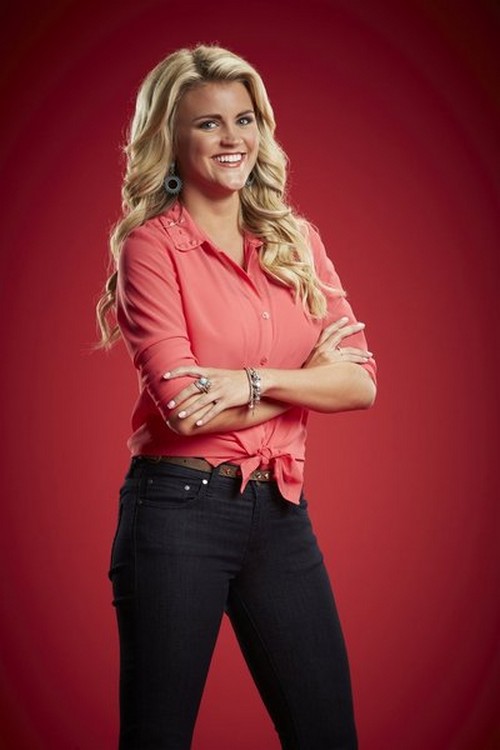 Olivia Henken took the stage tonight on THE VOICE for her Top 20 video performance.  Amber sang “Roar” by Katy Perry.  Tonight’s show the top 20 performed live in front of coaches Christina Aguilera, Adam Levine, CeeLo Green and Blake Shelton for America’s vote and a chance to move on to the top 12.  Did you miss tonight’s episode?  If you did, we watched it and we recapped it here for you.   If you missed any of the performances, you can see all the videos here!

Next up is Olivia Henken and the blind auditions was the biggest thing she has ever done; she was happy to have get to be on Christina’s team. She signed a guitar at a Hard Rock cafe and will be singing “Roar” by Katie Perry. Christina wants her to be tender with it and tell the story really well; Christina says she is going to own the stage.

Judges Comments: Blake says he is surprised with how well a country voice sounded on that song; he wishes he could say something bad about it but he can’t even say anything bad. Christina says that she did her so proud, the way she recreated the pop song as her own was huge and is happy with how great she was.