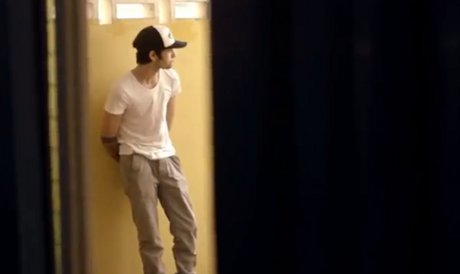 One Direction‘s Harry Styles, Zayn Malik, Niall Horan, Liam Payne, and Louis Tomlinson recently visited an African hospital as part of support for Comic Relief and the Red Nose Event. The most popular boy band arrived in Accra, Ghana and were quite shocked when they discovered the extreme situations young children, those without access to proper vaccinations, are facing. All of the members were clearly touched and enlightened, but one bandmate got a bit more choked up than the others — and he wasn’t afraid to let out a few tears.

Zayn Malik spent time with the children and the nurses and was just baffled to see so many young children ravaged by disease, especially when it only takes a miniscule contribution to give one child the proper, life-saving vaccines.

“It’s so hard,” Zayn Malik said as he broke down outside the hospital. “I’ve never seen anything, never experienced anything like this in my life.”

I think a lot of good came out of this trip, and the bandmates definitely helped raise awareness — especially in and around the demographic they target as popular singers: young adults. At the end of the day, doing good and spreading good words and thoughts is just another facet of being a celebrity. Zayn Malik and his pals were clearly moved, touched, and called to action during this visit, and we think it’s wonderful to see a celebrity getting involved with the world, its people, and its concerns. Watch the video below and get a good look at Zayn Malik’s big, teary heart.

For more 1D news, make sure to head on over to our One Direction page where we have so many 1D features you just might explode with happiness and joy.