BY Cate Meighan on February 18, 2013 | Comments: one comment
Related : Harry Styles, One Direction 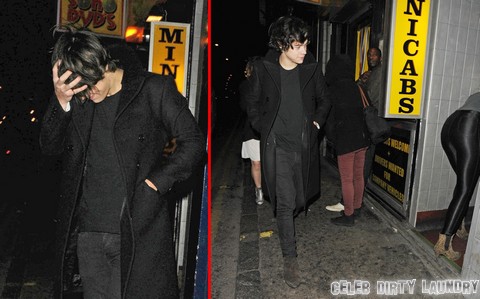 It looks like the Niall Horan rumors are true! The One Direction super star split from his girlfriend of about six months shortly before Valentine’s Day. The 19-year old reportedly just had way too much to do to be bothered by keeping his 6 month relationship with Amy Green alive. In other words, he just wasn’t in to her enough to want to be bothered having to maintain things. Obviously he had no problem dating a normal girl and fame hasn’t gone so far to his head that he only pays attention to Victoria’s Secret models (like some other single Hollywood dudes that I can think of).

I wonder if Niall really is feeling too busy to do a relationship justice or if he just needs the right circumstances to keep his attention a bit better. He now joins Harry Styles as a free and available boy-bander with a million teenaged fans. The possibilities are endless for these guys. Both can pretty much have a shot with any girl that they hand pick out of the front row of one of their shows. But would they really set their sights on a normal girl?

Harry likes the famous ladies but his most recent, short lived dalliance ended in a disaster that we’ve yet to see the end of. I mean they aren’t totally over until we hear Taylor Swift commemorates his worst qualities in a top 40 radio hit. If she hasn’t made him swear off having a real girlfriend I don’t know what would!  Niall has gravitated towards real girls but is that his problem? Maybe there’s not enough common ground or understanding with someone that isn’t in the business.

Who do you think is more likely to turn up with a hot, unknown college student on their arm? I’m still leaning towards Niall! Tell us what you think in the comments below!

One Direction singer Harry Styles leaves The Box nightclub after enjoying a night out in London, England on February 17, 2013. Harry held his head in embarrassment after realizing photographers caught his wandering eyes steal a glance of a girl’s butt as she bent over!!!