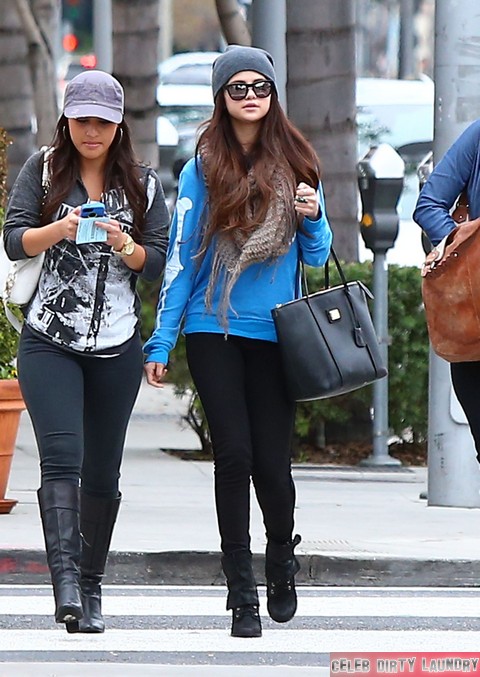 Watch out Justin Bieber, Selena Gomez is no longer knee deep in mourning and she’s starting to clue people in to just how much of a schmuck you really are!  One of the things that she is starting to disclose is Just how completely insensitive Justin is. The couple spent over two years together but according to the latest issue of In Touch Selena admits, “I’ve never had a Valentine’s Day ever. Actually I’ve never had a Valentine.”

Obviously, that holiday rolled around at least twice while she was with Justin but apparently he didn’t take notice of the significance and totally blew it off! It must suck to get Valentine’s Day wishes from fans but nothing from your boyfriend!

Selena is also taking a page from the Taylor Swift breakup playbook and writing some songs about her ill-fated romance with a teeny bopper. She says people will be taken aback by some of what she’s writing and how honest it is. I’m sure fans of both her and Justin can’t wait to hear her side of how the messy relationship cracked and crumbled!

Selena has been spotted out and about at various industry functions this month looking better than ever. I would say that the sight of her would make Justin miss her but the truth is he is probably too busy rolling blunts with his buddies to even notice.

Are you anxious to hear what else Selena has to say about her time with Justin? Who do you think she should hook up with next? I’m still for a date or three for her and Robert Pattinson. They’d make a great couple and she could use the influence of an older guy don’t you think? Tell us your thoughts in the comments below!

Editor’s Note: You can see how Selena Gomez is pure “Hollywood.” Her “girlfriends” are all larger and less pretty than she – not an accident, right?

‘Spring Breakers’ actress Selena Gomez forgets about about her breakup with Justin Bieber by indulging in some retail therapy with girlfriends in Beverly Hills, California on January 24th, 2013.