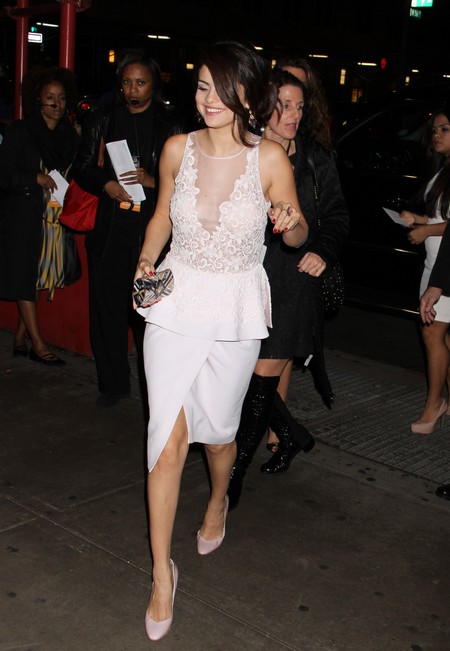 What was the real reason for Selena Gomez breaking up with Justin Bieber?  Several days and a million rumors later and the real story is finally starting to coming out.

Sources allegedly close to Ms. Gomez are slowly leaking tidbits about the demise of “Jelena”.  According to Gossip Cop Selena did not have enough time to spend with Justin and he began to complain and act out.  The source describes the Biebs as being needy and complaining that Selena would not make enough time for him.

Wow!  This kid has an uber-successful girlfriend and he is complaining about her not making enough time for him?  Are you kidding me?  Was it the fact that she was always in a different locale filming a movie?  Was it that she was in the recording studio trying to perfect her latest album?  Or could it be that Justin is constantly being flirted with and he needed to be reminded that he does have a girlfriend to stop himself from cheating?

Sadly, only Selena and Justin themselves know what really happened and what led to this last split.  Is this final or do you think these two are just acting like the teenagers they are and will continue to break up then makeup?  Well, they did meet up in New York recently at Justin’s hotel room.  Could they have been working things out and secretly back together already or still undecided on their current status?

So many questions and neither of them have given us any answers.  I give them a day or two…one week max, before they get back together.  These two are way too young to be so serious, but the break up/make-up game does come with their age group.  Good luck you two.  Justin, grow up and stop screwing around.  Selena, you’re going back to him after he screwed a Victoria’s Secret model? Seriously?

Selena attending the 2012 GLAMOUR Women Of The Year Awards at Carnegie Hall in New York City, New York on November 12, 2012.