Justin Bieber And Selena Gomez Break Up: How Long Before They Re-Kindle Their Fizzled Romantic Flame? 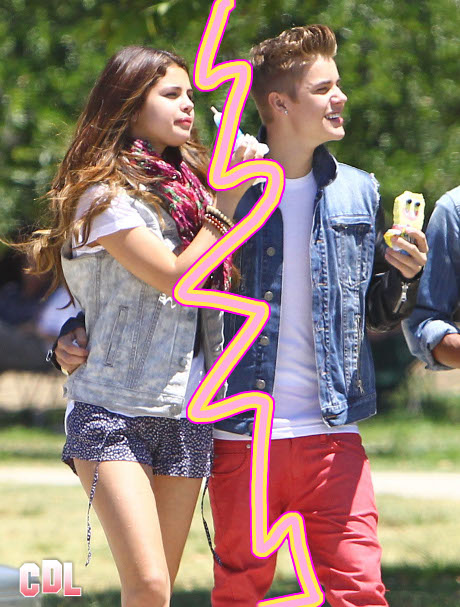 As we reported earlier, Selena Gomez and Justin Bieber have broken up. While many people out there might be shocked, we all knew this split was bound to happen. Eventually. Honestly, we were just waiting to hear the official word, but we’re also optimists (at least some of us) here at CDL, and this sudden separation begs the following question to be asked: How long before Hollywood’s *once* idealic, hottest, best-haired young couple re-kindles their romance?

Selena and Justin — we must sever the Jelena moniker now that they’ve split — were together for a very good run (by Hollywood young-people standards) and we think it’s worth a few seconds of our life to contemplate the possibility that this is just a hiccup, a minor road bump, a let’s-just-take-a-break-in-the-relationship type of situation. At one point in time their nearly two-year relationship appeared to be perfect, the epitome of young Hollywood love. But, then again, don’t they all appear to be perfect? There was a moment when Justin was in talks to marry Selena, that Selena was the love of his life, and that he wanted to be together with her forever.

But then the Victoria’s Secret models just had to parade down the catwalk and screw everything up. C’mon, angels, why couldn’t you have left your wings out of this one? Both stars say the split was amicable and there are no hard feelings, but “busy schedules” are like a celeb’s way of saying “someone in the relationship screwed up major-bad, and I ain’t gonna put up with it any longer.”

Sources say the the split happened a couple of weeks ago, and the crap finally hit the fan when Justin was photographed with a Barbara Palvin, a young 19-year-old Victoria’s Secret model. People finally started to believe the massive rumorage, which quickly ruptured. So even if Barb (is it all right if I call you Barb?) wasn’t the catalyst in breaking the two up, she’s definitely not making the scenario any easier — especially for Selena. And I think that’s exactly what Justin wants. He wants Selena’s attention. He wants to keep her interest. He wants to make her jealous, make things seem like they’re fine and dandy. Even thought they’re not. Because, folks, I think he wants her back. Eventually. The only question is not if but when?

Do you think the couple will pull a Robert Pattinson and Kristen Stewart play and get back together soon? Or do you think this is one relationship we can label CASE CLOSED and file away in our super shiny metal cabinet? Take our poll below, please.