Justin Bieber Is Cheating On Selena Gomez With Rihanna 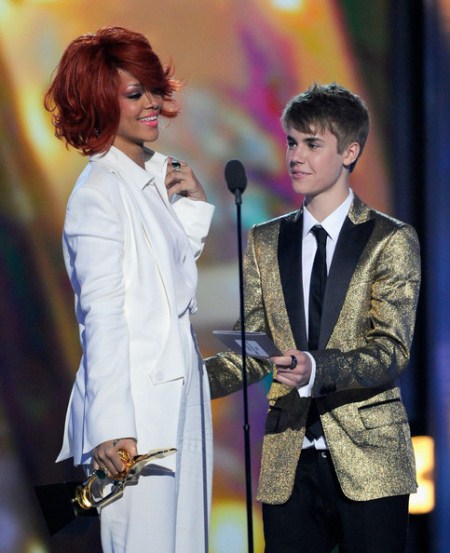 Selena Gomez and Justin Bieber have officially broken up because rumour has it that Justin was getting too close with Rihanna and that they’ve probably even slept with each other, reports MediaTakeOut.com.  Also, this is apparently the same reason why Chris Brown insulted Rihanna on the Theraflu remix.

Now, what makes me believe that this is in fact correct is that when Justin won an award at the Billboard Awards he did not even mention Selena’s name; and she’s also reportedly stopped following him on Twitter. And what about that nasty twitter message where Justin seemed to break-up with Selena?  Scooter Braun popped out of nowhere to claim the the tweet was fake – and that Justin was still with Selena.

Justin must not be trustworthy in the first place to be dumped over a rumored romance; there must have been previous troubles within their relationship for her to just give up on him. So now we can just wait for all the creepy fans of Biebers to start some sort of crap with this announcement, maybe hate mail to Selena on why she’d ever leave him or just some stalker like garbage as well.

I personally think this is great! Selena Gomez was just too good for Bieber. How could anyone put up with such a childish brat who complains when things don’t go his way, he’s not even that talented to begin with so it’s hard to understand what people find so great about him. He can’t sing, looks like a gerbil, has a horrible personality and can’t even act proper when promoting his own album.

Shout out your comments below, do you think Justin is really sleeping with Rihanna?