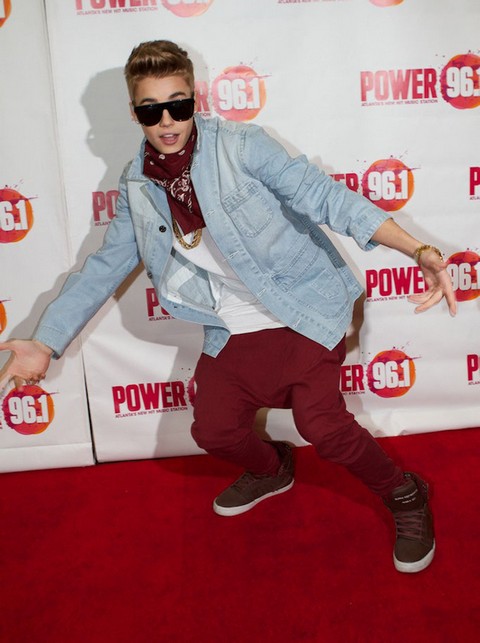 Selena Gomez has cut Justin Bieber loose again. This time the break up seems to be for good. Justin has started a friendship with Selena’s ex boyfriend Nick Jonas. Justin’s latest insensitive act left Selena in tears and she decided she had enough.

Justin met Nick on December 13. They bonded and began a bromance over a game of ping pong when Justin was on a break from recording.  Justin had been taking Selena for granted for a long time, despite wanting to reconcile, so this new friendship should not come as a shock to anyone. There is nothing wrong with Justin being cordial to Nick when they met. However, becoming friends with your girlfriend’s ex boyfriend is hitting below the belt. Justin was always good to Selena, very romantic and spending all his time with her. But it’s not hard to believe that he would turn on her.

Justin’s new look and new reputation for having swagger combined with him coming of age has opened up a new world for him. Victoria’s Secret models started flirting with him and Justin was eager to dip his toes in the water of a new world of dating. Selena should have seen this coming, put on her big girl panties and stuck to her guns to stay broken up with him. Justin is wrong for taking Selena for granted but she is just as culpable for her hurt feelings. She caved each time he wanted to reconcile instead of facing reality that this relationship had run its course.

The couple had been passive aggressively been dissing each other despite agreeing to work on their relationship. He ignores her when she tries to contact him, and she locked him out of her house when he wanted to talk to her. He tweets pictures of himself in the gym with his pants low to show off his muscles and his underwear. She posts a video of dancing with her friends to Taylor Swift’s song I Knew You Were Trouble. Of the two I would expect Selena to not only end the relationship but be mature enough to put her feelings of love for Justin aside and stick to her guns to stay broken up with Justin. She is two years older than Justin and probably has more dating experience then him. She also has a great support system of friends who look out for her. Let’s hope this truly is the end of their dysfunctional relationship.

Editor’s Note: Selena is getting just what she deserves and what she asked for.  Justin cheated on her several times, and very publicly. Then, after she took the brat back post the Barb Palvin/Victoria’s Secret scandal, he cheated again as reported in detail by Lainey.  There was a time when Justin Bieber appeared to be a cute little kid – those days are over – he has now grown into the man he was always destined to become – a richer more entitled version of his father, Jeremy Bieber.