Is Selena Gomez Planning To Propose To Justin Bieber? 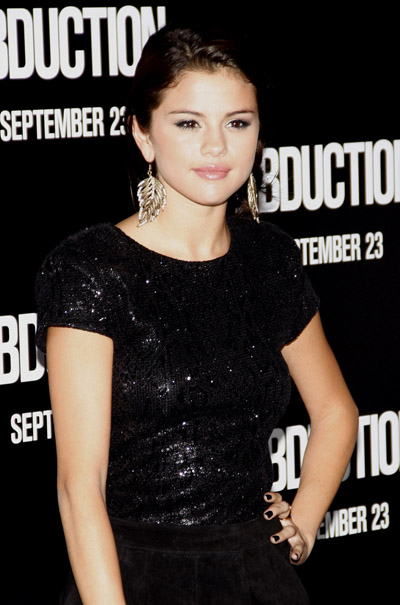 Justin Bieber, 17, and his girlfriend Selena Gomez, 19, are not even out of their teen years yet, but, already, there’s talk of the two getting married!

According to the National Enquirer, their relationship is so serious that Selena might be planning to surprise Justin with an engagement ring for Christmas.

“Selena is crazy about Justin, and she hates seeing him so upset over the paternity allegations,” said a source to the tabloid. (Mariah Yeater, the woman that accused Justin of fathering her child ultimately dropped the paternity suit last month, but not before Justin’s squeaky clean image was questioned and scrutinized.)

“He’s been on edge thinking Selena might leave him, so she wants to get him a ring to show that she’s with him for the long haul.”

Reportedly, Justin’s mom approves of her multi-millionaire son making such a big commitment in his relationship because she thinks that an engagement will calm Justin down, making him “feel more secure” about his relationship with Selena, and will allow good ole Mom to swoop in and talk them out of getting married right away.

However, according to Star Magazine via HollywoodLife.com, Patti actually “flipped out” over the idea of Justin and Selena getting engaged and is concerned that the couple is moving too fast.

“His family think they’re way too young…They’re also concerned that the pair is moving too fast,” said an insider to the mag.

While we’re not sure which report is correct, we are leaning towards agreeing with Star Magazine‘s version of the Selena-Justin engagement talk. Justin and Selena may be crazy in love now, but who knows what will happen to their relationship in a few years? Hopefully, that ring Selena has been sporting lately is merely a promise one.