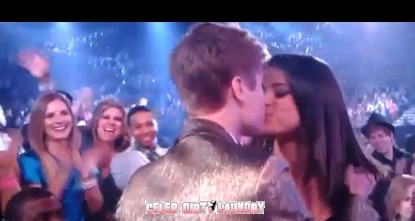 Justin Beiber is going to ask Selena Gomez to marry him – and he plan to propose on her 19th birthday next month!   This is the buzz that is coming out after Justin, who was still vacationing in Maui with Selena, heard about his friend, Sean Kingston’s serious jet ski accident.   Apparently the lad was so shocked by the serious accident involving his good pal that he started “thinking seriously about his future,” according to a source.

The Justin Bieber-Selena Gomez romance has heated up considerably over the past week beginning with their 2011 Billboard Music Awards kiss to their passionate PDAs on their Hawaiian vacation.

This week, the world’s most famous and popular teen couple have taken their relationship to the next level by spending time with each others’ families. Justin visited with Selena’s parents in Texas and she hung out with his mom and grandparents in Justin’s native Ontario.

The source close to Justin said “He’s not in any rush to head down the aisle,” continued the source, “but after such a fantastic time in Maui together it’s really cemented how he feels about Selena and is hoping she’ll . . . say yes.” Selena Gomez turns 19 on July 19. Justin has reportedly planned a gala birthday party for her, and he plans to pop the question at that party.

“It’s her 19th birthday in July,” the source concluded, “and he’s planning to propose to her at a birthday party he’s organizing for her.”

If Justin is truly planning to propose to Selena Gomez, it could explain what might seem like a rush to become acquainted with each others’ families and home town environments.

If Justin proposes to Selena and she accepts their wedding will be bigger than that of William and Kate – and much more costly as millions of teenage girls turn away from their dream… .