One Direction’s Niall Horan And Laura Whitmore Hooking Up?

BY Siyana Riley on April 25, 2013 | Comments: one comment
Related : One Direction 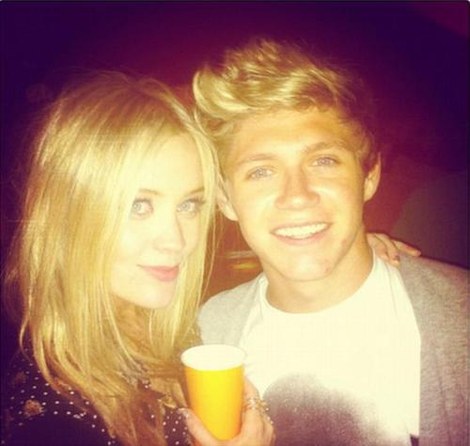 Does Niall Horan have a new girlfriend? You know, out of all the One Direction boys, Niall used to get the least amount of attention. That’s definitely changed over the past couple of months, especially recently. Now, Niall gets linked to girls almost every other week. The Daily Mail is reporting that Irish TV Presenter Laura Whitmore hosted Niall for the evening, but he didn’t just stay for a couple of hours – no, he came out the next morning wearing the same clothes as the night before. We all know what means, right?

Now, Niall and Laura actually exited her home together. That means that it was either not a one-time hookup, or the definition of walk of shame has changed. Of course, Laura continued to deny the rumors of any relationship with Niall, saying that they were just friends. Her rep even so far as to issue a denial, saying, “Laura and Niall are friends. Nothing more, nothing less.”

Ok, that doesn’t mean that they’re not friends with benefits. The boys of One Direction that aren’t in serious relationships – mainly Harry Styles and Niall – seem to be in no hurry to get into one, and I’m sure that girls that they hook up with understand that. Besides, does a 27 year old want to be known to be hooking up with a 19 year old? Actually, I take that back after remembering all of Harry’s conquests. Well, Niall doesn’t have braces anymore – I guess that’s gotta be a plus.

Let us know what you think of Niall’s new girlfriend/hookup/fling/friend [with benefits] – will she join the vaulted club of 1D girlfriends and ex-girlfriends, or will she remain the girl whose house Niall Horan stayed over at for a ‘sleepover’?