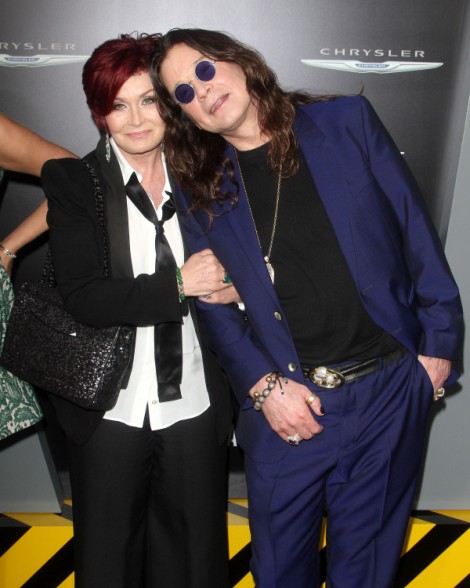 Thank you Lord Jesus! Sharon Osbourne and Ozzy Osbourne’s marriage might be saved after all! I was freaking out there for a couple seconds but good old Uncle Ozzy comforted us all by confirming that, yes, he’s still hooked on drugs and alcohol, but at least Sharon is still in the picture… sort of.

TMZ scored new pics of Sharon at the Esperanza Resort in Cabo last weekend where she tried to enjoy a foot massage in between massive spells of texting and phone calling. Apparently this isn’t the first time she’s moved out in the couple’s 31-year marriage and sources told TMZ they will most likely reconcile sooner or later. Ozzy just has to get his shit together first. The Prince of Darkness released a statement on Facebook blaming his drug and alcohol relapse as the cause for the Sharon Osbourne split but he did announce he’s 44 days sober. “For the last year and a half I have been drinking and taking drugs. I was in a very dark place and was an a–hole to the people I love most, my family. However, I am happy to say that I am now 44 days sober. Just to set the record straight, Sharon and I are not divorcing. I’m just trying to be a better person.”

I’m telling you… it was a bad year for the Osbournes with Kelly and Jack’s health scare issues. Ozzy cannot handle problems like that. He reverts back to his old ways so he doesn’t have to deal with anything. That selfishness has got to be so old and annoying for Sharon. Who can she ever fall back on? It sucks to be the strong one all the time, you know?

Still… everyone can take a giant sigh of relief. America’s first family of reality television is fine. Ozzy Osbourne relapsed and Sharon Osbourne got a foot massage. All is right in the world.