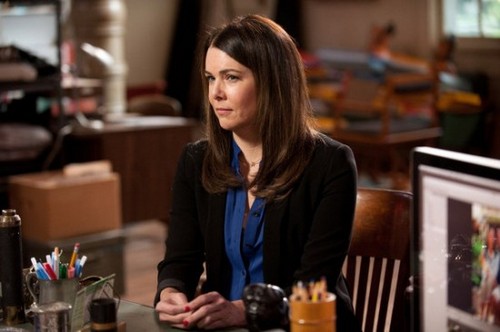 NBC’s popular drama PARENTHOOD returns tonight with a whole new episode. Tonight’s 14th episode of the 4th season is called “One Step Forward, Two Steps Back.” On tonight’s show Victor’s adoption deadline draws near, Julia and Joel contemplate the long term effects of this decision. Renee oversteps her boundaries and intrudes on Crosby and Jasmine. Did you watch last week’s show? We did and we recapped it here for you!

To catch you up on last week’s show Drew and Amy received news that forever change their relationship, leading Mark to express his concerns to Sarah. Adam and Kristina were presented with new parenting dilemmas as they helped Max navigate through life as a teenager. Crosby was growing increasingly impatient with his mother-in-law Renee causing conflict with Jasmine. Victor was confrontational towards Julia and Joelcausing them to question their parenting abilities.

Tonight’s episode looks like it is going to be great and you won’t want to miss it, so be sure to tune in for our live coverage of NBC’s Parenthood at 10:00 PM EST! While you wait for our recap hit the comments and let us know what you think of season 4 of Parenthood, so far. Check out the sneak peek of tonight’s episode below!

Recap: Ryan confides in Zeek that he has trouble sleeping and doesn’t know what to do about it. Jabar is giving Crosby a hard time over breakfast and in the end he wins, he gets his breakfast bar. At school, Sarah bumps in to Mark and he is feeling really awkward – but them asks her to get together to talk all this through, she says yes.

Adam and Kristina are home when Max arrives home and is upset again about the vending machine, the school won’t let them bring it back and he is angry that he did everything that he was supposed to do and doesn’t want to go back to the school ever again.

Julia is still upset about Victor and tells Joel that she is not sure that it is ever going to be ok. Meanwhile, Joel wants to finalize Victor’s adoption to show him that he is really a part of the family.

Kristina heads over to the school and goes to visit the PTA about the vending machines and asks them just to reconsider but the women are totally against it because of the bad sugar it encourages for the children.

Sarah is at work with Hank and drops the bomb that she is going to have coffee with Mark. Hank is not happy at the thought but tell her she needs to do what she thinks is right.

Ryan is back at the construction site and asks for his job back and Joel flat out says no.

Amber is with Camille and is still missing Ryan but puts that aside to help her grandmother make pies.

It’s bed time, Julia tucks Victor in and tells him that she loves him but he doesn’t say anything.

Jabar is at a play date with Miles, Jasmine just got home and finds out that her mom is gone out shopping to buy healthy food for Jabar because she doesn’t think they feed him properly. Crosby wants them to have a discussion with her mom, but she really is not cool about it.

Mark and Sarah are having coffee and really enjoying themselves when Mark asks her right out if she is still seeing Hank. Sarah admits that she is seeing Hank but tells him clearly that she did not sleep with him when they were together; there was only a kiss months ago.

The social worker is at the house for Victor’s adoption and Joel is all positive, but Julia keeps throwing out the negatives. Julia blurts out that Victor doesn’t love her or show her any affection and they she and Joel start to argue in front of the social worker.

Crosby and Jasmine sit down with her mother and he opens up the conversation by telling her that they really love having her around. Then, Crosby tells her that it is not without it’s challenges and specifically about Jabbar, there are times where they feel criticized. She says that sometimes it feels like the inmates are running the asylum. Crosby is shocked and they all start getting into a shouting match. In the end, Jasmine takes her mother’s side and Crosby walks out angry.

Julia and Joel are in the car home and she tells him to stop shaming her and making this whole adoption thing her fault.

Julia, Joel, Crosby and Jasmine are at dinner and Julia can’t concentrate and goes outside, but Crosby follows her. Outside, Julia tells him that she is terrified that Victor doesn’t love her and never will – he gives her advice and makes her feel better.

The next morning Crosby is shaving and Jasmine walks in and he thinks she is going to apologize, but instead she wants him to be the bigger man and apologize to her mother. Crosby tells her that her problem is that she can’t confront her mother.

Amber goes over to talk to Ryan and tells him that she is proud of his apologizing to Joel and asking for his job back.

Julia tells Victor that she and Joel are finalizing a date to complete his adoption, to make it official that they are his mom and dad – Victor looks non-impressed by the whole thing and goes to get his backpack.

Hank is closing up for the night and Mark meets him outside; he tells Hank that he thinks what he did was calculated and manipulative that he kissed Sarah while she was engaged to Mark. Furthermore, he still loves Sarah and plans on taking her back.

Ryan goes back to the construction site and brings donuts and another apology, Joel is proud of him and offer his job back.

Max is at school and can’t believe that the vending machine is back, all the kids are happy but nobody is happier than Max.