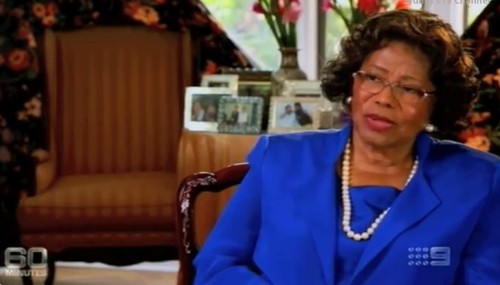 Katherine Jackson gave an extensive interview to 60 Minutes Australia and she spent a good portion of the interview discussing Paris Jackson and her mental health.

There are people who say that this is private and that Katherine shouldn’t be talking about this in an interview, but I think she’s a good thing she’s opening up. It will help her set the record straight for the media, and help relive some of the burden she’s been living with for so many months.

As we all know, Paris Jackson attempted to commit suicide a couple of months ago, and she’s since been getting psychiatric treatment in an in-patient facility. Katherine claims Paris’ attempted suicide was linked to her father’s untimely death, explaining that when Michael Jackson died, “Paris was screaming and crying and saying, ‘I want to go with you daddy, I don’t want to live without you.” However, she also adds that their family ‘didn’t know’ how badly Paris has been suffering since that moment, and if they had known, they would have gotten her help sooner.

A large portion of the interview also focuses on the fresh allegations of molestation against Michael, but Katherine refuses to speculate and instead said that she’s just trying to keep her son alive through positive memories. No doubt, this is what’s most beneficial for his children, and it will continue to be so until they grow up and are faced with making up their own minds about him.

You do have to feel for Paris, though. In my opinion, all the signs were there – especially with her most recent blog and video posts online. The fact that nobody saw that or nobody could understand that something was wrong is a red flag for the Jackson household, in my opinion.