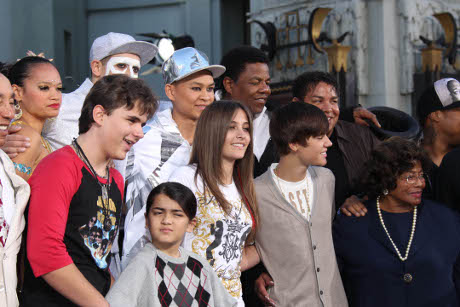 Paris Jackson, as many of you know by now, attempted to commit suicide. The daughter of Michael Jackson reportedly cut her wrists with a cleaver and ingested a high dose of Motrin. She’s all right now, under the supervision of responsible care, but the judge that granted Katherine Jackson guardianship over Paris and her brother is questioning the quality of her care and the care give by those surrounding her. According to TMZ, the judge is launching a full on investigation.

Judge Mitchell Beckloff has asked an investigator in the probate court — where the guardianship was established — to “prepare a written report and include therein any recommendations relating to the minor child’s health, education and welfare.”

Judge Beckloff notes he was alerted to Paris’ crisis by media reports.  As you know, TMZ broke the story … Paris is under psychiatric evaluation after cutting her arm with a meat cleaver and downing a number of Motrin, in what authorities call a suicide attempt.

This is interesting news and definitely an intriguing development in this story, which is getting mega coverage in virtually every major news outlet in the industry. I wonder what the judge will ultimately decide? I haven’t really heard anything to make the claim that Katherine is a poor guardian, but I suppose we’ll find out as the details develop.