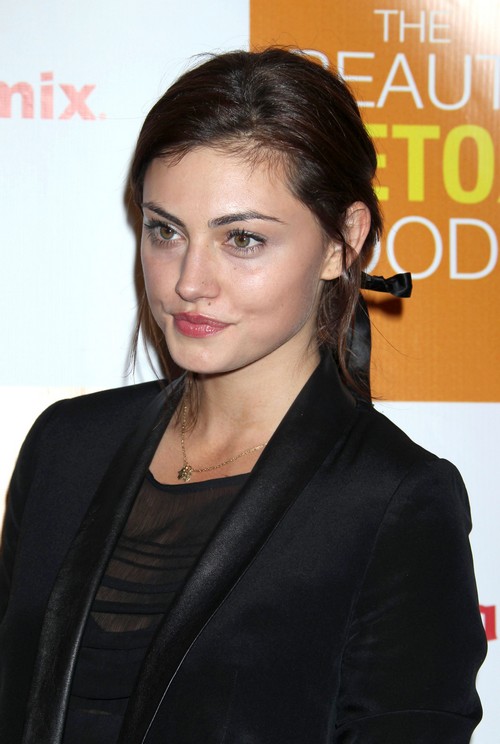 Paul Wesley just finalized his divorce to Torrey DeVitto a couple of days ago, but he might already be on the rebound. According to several different reports, Paul might be getting close to Originals star Phoebe Tonkin. It’s almost poetic in a way – he and Phoebe act on sister shows with common crossovers and under the same network, and they both shoot in Atlanta. It wouldn’t be too outlandish to speculate that he and Phoebe might have had some work place flirtation while his divorce to Torrey was getting finalized.

Anyway, now that The Originals and The Vampire Diaries are both going on hiatus for the holidays, several sources are speculating that Paul and Phoebe might be spending vacation together. Although neither Paul nor Phoebe have given outright hints that they’re dating each other, sources claim that they are spending Christmas together with Phoebe’s friends and family down in Australia. We know that Paul’s not in the US time zone, and we also know that he traveled out of the country recently, thanks to his Twitter. And we know Phoebe’s in Australia. Is it too much of a stretch to put them together, especially since sources seem so convinced that the duo are dating?

Sure, it might be a little early for Paul to be rebounding into another serious relationship, and spending Christmas together is definitely a sign of a serious relationship. However, even if his divorce took a long time to become official, he was separated from Torrey for quite a while. And that time might have given him enough perspective to move on, right into the arms of Phoebe Tonkin.

What do you guys think? Has Paul rebounded with Phoebe? Let us know what you think in the comments.