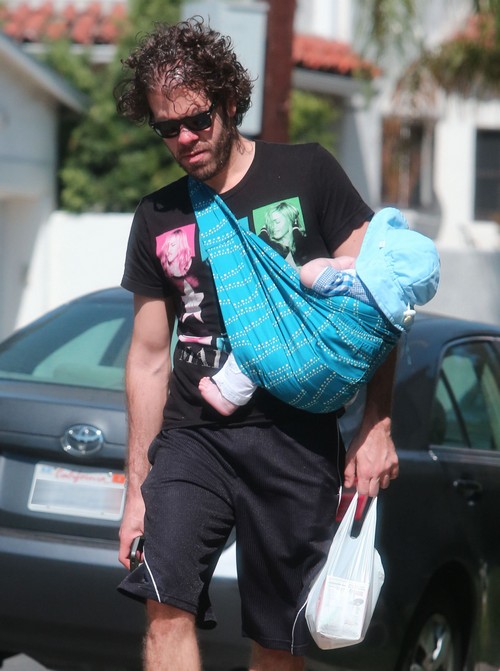 Perez Hilton has announced that he will be bringing his horrible penis drawing skills and mean-spirited humor to our TV screens. But it’s not exactly what you think. Perez will not be hosting his own talk show or attempting to become the next Ryan Seacrest. The famous blogger and new father will be starring in his own reality show titled Gay Dads of New York.

Perez made the announcement on his blog with a giant, pink, blinking “breaking news” banner on the top of his site. The last breaking news story on Perezhilton.com was the story informing readers of the tragic passing of actor Paul Walker. Clearly, these two stories share the same importance and urgency as dictated by standard journalistic news judgment . . . but I digress.

Anyways, the show is set in New York and will follow Perez and a group of single and married gay fathers who support each other as they endure the trials and tribulations of parenthood. The show is produced by Bunuim/Murray Productions who also brought us shows like The Real World and Keeping Up With The Kardashians.

“What is your typical American family like? These days, it looks a lot like mine! I am honored and excited to bring to television a show that will be filled with love, humor, and drama. What will it not be? Trashy or boring,” says Hilton. Of course, he is never trashy.

He also hopes it gives fans and haters to get to know him a little better. “Up until now people know me more for my opinions than who I am. This show will give viewers the opportunity to get to know the ‘real’ Perez Hilton and my family. I am a recent transplant to New York City, looking for friends and open to -hopefully- love. To new beginnings and this exciting new venture!”

Now we know why Perez was trying to move into Lady Gaga’s apartment building. It was to create a little drama for his new reality show.

However, if you want to join Perez, the show is currently casting and looking for gay dads in the New York area. You can apply HERE. Good luck to you and I really do wish Perez well as he ventures into TV and begins this new chapter in his life and career. Will you be watching Perez’s new show? Tell us your thoughts and leave a comment.