BY Cate Meighan on May 2, 2013 | Comments: 2 comments
Related : Person of Interest, Recap, Television 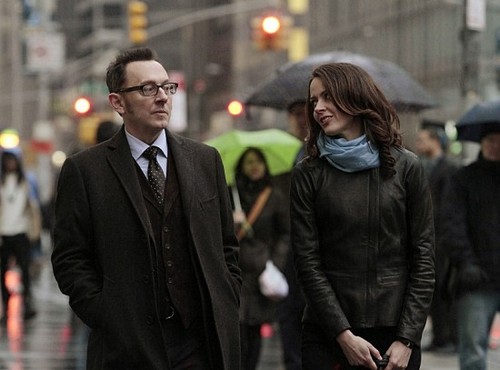 Tonight on CBS PERSON OF INTEREST returns with a whole new episode called “Zero Day.” On tonight Detective Carter’s mission to bring Cal Beecher’s murderer to justice lands her squarely within the sights of the HR criminal organization. Did you watch last week’s episode we did and we recapped it here for you!

On last week’s when a luminary in the world of medicine was poisoned, Reese and Finch had just 24 hours to determine the deadly toxin he was given and find the person behind the attack. Meanwhile, Detective Fusco’s past corruption caught up with him when an informant gave the Internal Affairs Bureau the crucial information they need to send him to prison

On tonight’s show Reese and Finch realize that a virus has rendered The Machine erratic, causing it to issue numbers irregularly. As they race against the viral countdown, the team searches for a tech millionaire so elusive no one has ever seen him. Also, Detective Carter’s mission to bring Cal Beecher’s murderer to justice lands her squarely within the sights of the HR criminal organization.

Tonight’s Person of Interest Season 2 episode 21 is going to be exciting, and you won’t want to miss it. So be sure to tune in for our live coverage of the new episode of Person of Interest — tonight at 9PM EST! While you wait for our recap, hit the comments and let us know how know what you thought of POIs season 2 episode 20 last week. Check out a sneak peek of everything you need to know about season 2 of POI! Don’t forget to come back at 9PM.

Reese is starting to lose patience as the machine seems to have stopped working all together.  It has been ten days since their last number so Reese meets with Carter. She is investigating Becher’s murder and she says she has had 8 homicides in 2 weeks.  She tells Reese that these are the premeditated crimes that he usually manages to prevent.  Finch finally does get a number and Reese is dispatched to visit a Mr. Thornhill who is a CEO of a data company.

As Reese pretends to have an appointment with Thornhill as Finch fishes through garbage cans to find the throw away data entry. As Finch is analyzing code he gets a call from Miss. May who suggests they work together to save the machine. She also asks if he found Thornhill yet, as a guy is bound and drugged in a chair behind her.

Finch thinks Thornhill’s car is leaving the airport and so Reese drives to try and meet him. As the car is driving towards Reese it’s blown off the road. The interesting thing is that no one was in it. They to put pieces together and realize that Thornhill is a fake. A ghost and eventually Finch realizes that Thornhill is actually the machine.

As Reese arrives at Thornhill’s he finds Shaw waiting for him, gun drawn. Within seconds of connecting the police burst in. As Reese surrenders, Shaw already has ducked out of window. At the same time May meets with Finch and she wants his help in saving the machine, without it she threatens to kill Grace,  his former love. He and May continue walking and talking.

Reese is downtown and Shaw claims to be his attorney. She manages to detonate her bag and it renders the guard defenseless while she gets Reese out of the building. Finch and May end up in the main office where The Machine is at.  He tells her that every night at midnite the machine deletes itself only to be reborn shortly thereafter.

Shaw and Reese burst into the data entry company and end up having a gunfight with a man that insists that Finch is responsible for the machine crashing because he wanted it to. When the machine is about to crash for good it’ll call a pay phone in the city of NY and whomever answers will be given directions on how to save the machine. May, Finch, Shaw and Reese are all at the public library waiting for the call. The payphone rings and May grabs it, thinking she is directed accurately. As another phone rings Finch texts John and tells him to answer it. Tune in next week for more Person of Interest.