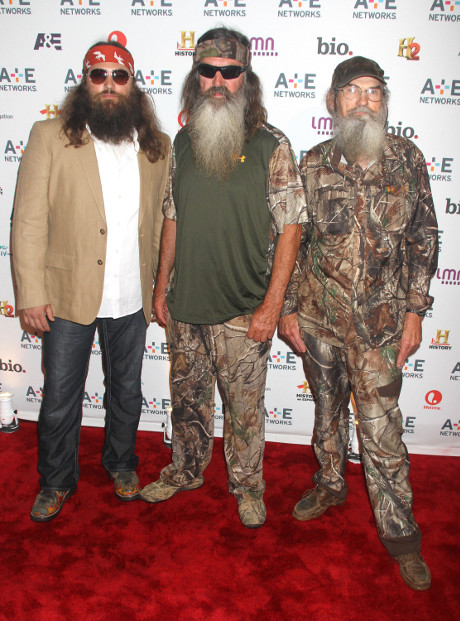 Just because the man made homophobic and offensive comments doesn’t mean he should lose his job on his own family’s TV show. At least that’s what many of Phil Robertson‘s fans believe. After hearing about his suspension the fan base united in one massive effort to get him back. They took to Twitter and when Twitter in turn tried to block the #IStandWithPhil hashtag; they were forced to relent to the fans after an apology. And it doesn’t stop there. Cracker Barrel was in the same position as Twitter. They tried to remove Duck Dynasty merchandise from their stores. How were they supposed to know they would get an onslaught of complaints. So much so that they went back on their decision.

Once the A&E network specifically chose not to edit Phil out of the new season; the fans knew they had to continue and take it one step further. They started a petition.

The petition asks that the network “immediately reinstate Mr. Robertson to Duck Dynasty, and to formally apologize to him, his family, and the millions of viewers who tune in every week, stand by him, and share his worldview.” (CNN blog)

Despite not reaching their full goal the fans will be happy to hear their plan worked. TMZ was one of the first to break the story. They revealed the network has officially lifted Phil’s suspension. A&E even went as far to claim they might have acted hastily. But in order not to offend everyone that has sadly been forgotten during this whole ordeal (Black Americans and the LGBT community); the network ‘plan to roll out a new PSA campaign on their network in the wake of what happened … promoting unity, tolerance and acceptance’.  Have you ever read such BS in your life?

Using a PSA is how people try to get off the hook without actually making any real effort to change anything. I believe several PSAs were made in the 80s and early 90s but somehow teen pregnancy and unreported crime continue to this day. Shocker!