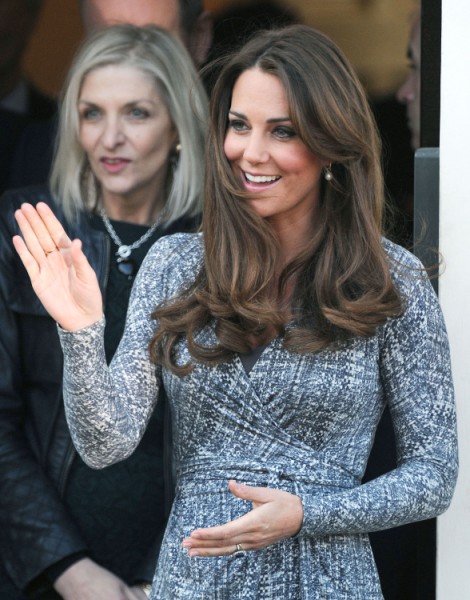 Could there be another addition to the Middleton household very soon? Sources report that ever since Pippa Middleton found her common love, Nico Jackson, she’s had babies on the brain and won’t stop talking about wanting to start a family with the uber rich stockbroker.

“Kate’s pregnancy has changed Pippa’s outlook. In the past she hasn’t really thought about having children, but now it’s playing on her mind,” a source told Now magazine.

The story goes on to suggest that Pippa’s new obsession might be causing some friction between the sisters because Kate Middleton’s afraid that Pippa might steal the show from her baby just like she stole the show at her wedding. Does Kate think things like that? She’s not a Kardashian for Christ’s sake. I’m sure there’s some solidarity in there somewhere.

Pippa is hosting Kate Middleton’s baby shower after all. Have you heard all about it yet? Apparently Kate’s bucking royal tradition yet again and opting for a shower. Is that not a casual thing in the UK? It’s a major annoying deal here full of cringingly lame games that I can’t stand. The food is the only thing ever worth going for. I love cake. Kate is hoping the Queen will stop by because the two are close and this will be a first for the royal family. Can you imagine the Queen playing that game where you have to sniff the diaper full of melted chocolate  to be the first to guess which chocolate bar it is? Amazing! Hopefully Pippa has that game on the list!

So what do you think? Is a Pippa Middleton baby imminent? She and Nico have already looked at rings….