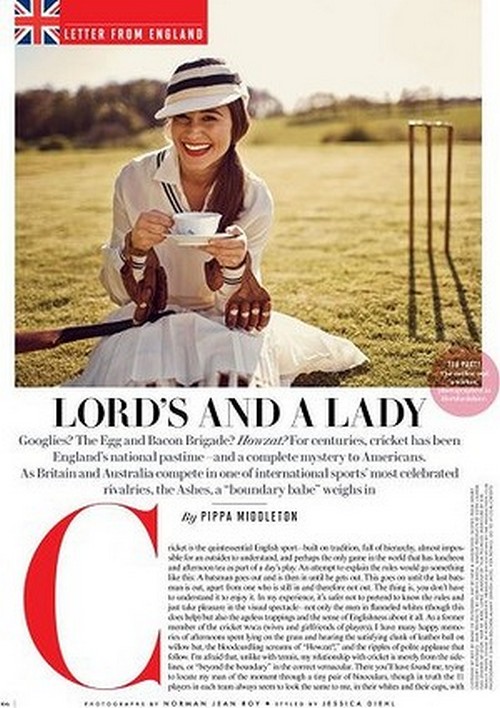 Pippa Middleton briefly dated cricket player Alex Loudon, and she thinks that makes her qualified to explain the game to the American public. She appears in her second column for Vanity Fair magazine, where she ends up spending most of the column [or at least, what’s been released] rhapsodizing over the ‘sultry’ allure of the uniforms and the ‘Englishness’ of the sport. So basically, none of the highlights are actually focused on explaining the sport itself.

Nice try, Pippa. First of all, Americans don’t care that much about cricket. A sad fact, and I may be generalizing, but it’s true. Having grown up abroad in a country where cricket was a big deal, coming to the US and seeing the indifference to which the sport is received was quite shocking. But you know what? They have baseball.

Anyway, Pippa’s version of explaining cricket is, “The thing is, you don’t have to understand it to enjoy it. In my experience, it’s safer not to pretend to know the rules and just take pleasure in the visual spectacle—not only the men in white flannels (though this does help) but also the ageless trappings and the sense of Englishness about it all.”

I don’t exactly agree with the part about being able to enjoy the sport without understanding the rules, but I guess to each their own. She also touches upon the cricket uniforms, saying, “From Imran Khan to England’s current captain, Alastair Cook, there is a tradition of the sultry cricketer powering in from the boundary or effortlessly gliding a ball to the boundary, tousled hair blowing in the breeze, his whites signifying a purity of action—oops, I almost forgot myself. Better have a cup of tea.”

Am I reading a Terence Malick script? Why is she describing the wind in a column that purports to explain cricket? And is it just me, or was the column… underwhelming? I might be coming off a bit harsh, so let me know what you think in the comments. 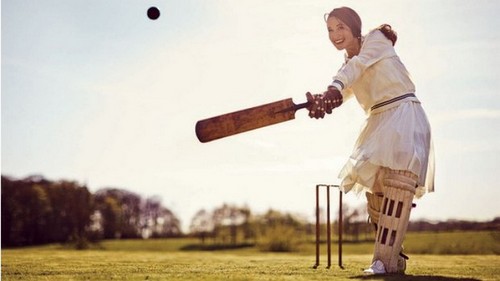