Pippa Middleton’s Boyfriend’s Parents Actually Like Her, Could Nico Jackson Be The One? 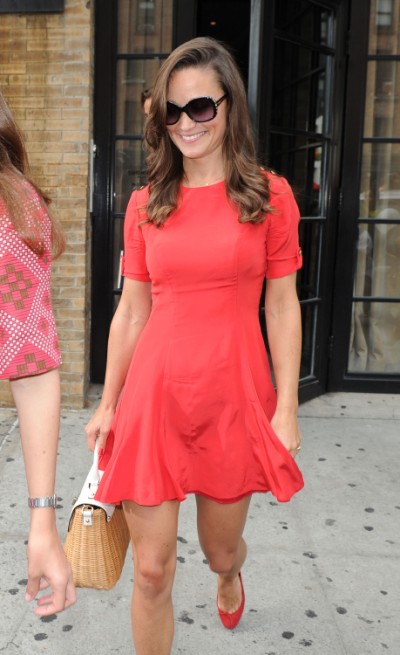 It’s not every day that someone says something nice about Pippa Middleton so I think we should run with this. Pippa Middleton’s boyfriend, Nico Jackson, just got off his first vacation with the Middleton clan and, apparently, has received their full approval. That’s nothing too new. I get the feeling that the family would get behind any dude that will have her and treat her halfway decent. He’s not blue blood but he dabbles in those circles so that’s probably good enough for the Middletons. They have one royal son-in-law, why be greedy?

So while Pippa’s parents are usually amenable to the guys she brings around, the same can’t be said for her boyfriend’s parents. Alex Loudon’s mom and pops famously hated Pippa, not so discreetly barking around town that she wasn’t good enough for him. In the long run he agreed. Maybe she’s learning from her mistakes and buttering up the family extra hard this time or maybe Nico Jackson’s parents aren’t uppity assholes but, whatever the case, they’ve taken quite a liking to Kate Middleton’s little sister.

According to the Daily Mail, Ulrike Jackson recently said: “Yes, we have met [Pippa] and I have to say she is absolutely charming, but I really cannot say any more. We’re all just very pleased. They are happy, and that is all that matters. As long as my children are happy, then I am happy.”

Well, that was awfully nice. Ulrike and her husband run a ski and sportswear shop in Kent so maybe they’ve been too busy working to read all the headlines about Pippa. Or maybe Pippa really is charming and nice. It wouldn’t be totally unheard of. I actually like the idea of Pippa with this stockbroker. He’s hot so that helps but he’s not an aristocrat either which shows Pippa might be growing up. There’s just no competing with Kate. She won the lottery. Any other duke/earl/second class prince wouldn’t work. Pippa can have a relatively normal life with this guy and remove herself from the constant need to keep up with the Cambridges. I like his face. I liked Alex’s face too though but he had mother issues I guess. If Pippa screws this one up she won’t be able to blame the parents this time. Good luck to her!