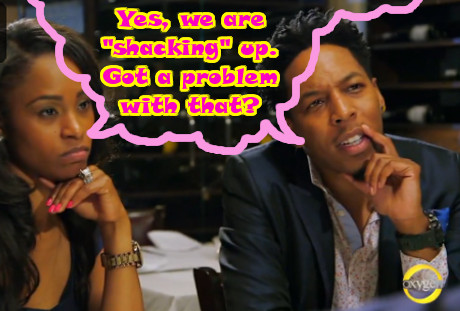 Preachers of L.A. proved to be a smashing success for the Oxygen network last Wednesday after the premiere drew in 1.1 million viewers and took social media channels by storm. We just wanted to clue you into this week’s episode and provide some glorious spoiler nuggets that’ll whet your reality TV appetite. Check out the sneak peek vids below and don’t forget to tune in Wednesday 10/16/13 at 10/9c for some major #PreacherDramz.

On this upcoming episode, we’ll see Jay Haizlip, his wife, and a youth pastor react to the news of a former congregation member’s decision to undergo a sex change. Make sure to watch the clip below to see how they handle this news. Also in this episode, Noel and Loretta will discuss the hardships of their relationship and, on a similar note, Deitrick and Gibson will debate their beliefs/theories on relationships. Gibson, quite abruptly, asks if Deitrick and his fiancee are “shacking up” and all hell breaks loose (that semi-pun was semi-intentional). Gibson firmly believes that marriage should come before “living like a married couple” and obviously doesn’t approve of Deitrick’s lifestyle.

There’s definitely a lot of drama on this episode. Did you watch last week’s premiere? If not, be sure to watch POLA this week — it’s sort of like Real Housewives . . . but with pastors and a whole lotta praisin’ the lord. It’s an interesting experience. One might even call it a roller coaster of sorts. What. A. Whirlwind.