Pretty Little Liars SHOCK Spoiler: Who Is NOT “Head A” 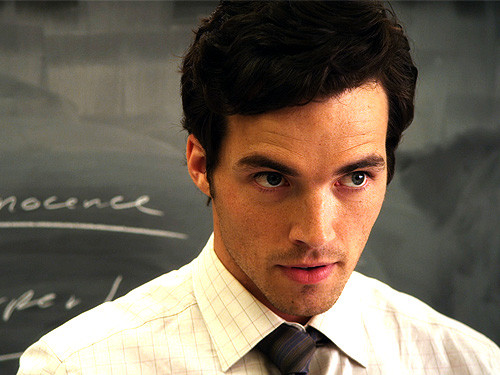 It’s not unusual for Marlene King, the head writer and show-runner of Pretty Little Liars to chat with PLL fans on Twitter and give out a few spoilers now and then. But, she may have unintentionally spilled the biggest Pretty Little Liars spoiler yet.

In the Pretty Little Liars summer finale fans were shocked when it was revealed that Ezra Fitz (Aria’s boyfriend and the liars’ English teacher) was the “Head A.” He has been watching the girls, stalking them, tormenting them, and nearly killing them a few times since the series began.

A lot of PLL fans weren’t buying the Ezra twist. Who could blame them? There have been so many red herrings since the show began. At one point we thought Caleb was “A,” Toby was dead, and Spencer was certifiably insane. The Pretty Little Liars writers have a reputation of basically lying to us. But, Marlene King and her crew swore up and down in interviews that Ezra’s reveal was the real deal. No more games. Ezra Fitz is officially “Head A.”

It looks like Marlene has fooled us again though. On November 2nd a fan tweeted her and asked, “When do we find out who the real “Head A” is?” King replied “when the show ends.”

When the show ends? Does anyone else see something extremely wrong with this?

Pretty Little Liars has already been renewed for a 5th season. Season 4B, which is airing in January, is not the final season nor the end of the show.

Marlene King’s tweet can only mean one thing…Ezra is NOT the real “Head A.”