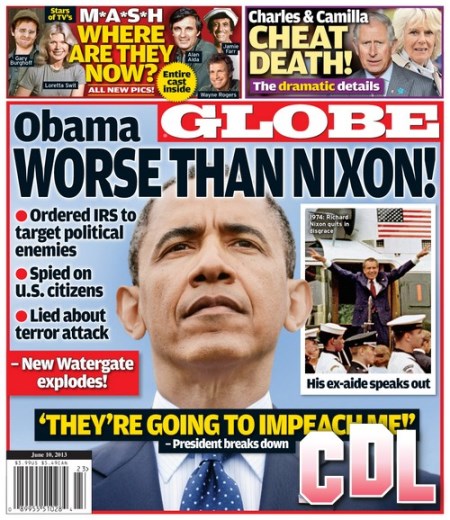 What a stressful time for Prince Charles and his wife, Camilla Parker-Bowles. In recent weeks it has become increasingly apparent that, in spite of indications to the contrary for a while there, they are indeed preparing to take their seats as King and Queen of England. Security around the royals is always intense but after last weeks’ brutal hacking to death by Muslim terrorists in broad daylight of a British soldier you’d better believe everyone is on high alert.

According to the new June 10th print edition of GLOBE Charles and Camilla have already cheated death once and there is serious concern about keeping the entire royal family safe. The magazine has all the details, but one thing is for sure- security is of the utmost importance! With Queen Elizabeth fading and Charles and Camilla beginning to pick up her duties they are a huge target, as well as the heavily pregnant Kate Middleton who is set to deliver an heir in July or August.

As we saw last week, Islamic terrorists certainly do have a score that they believe needs settling and getting close to the royal family would surely inflict the type of terror and horror that they like to create. Needless to say security has been beefed up but if someone wants to get to a member of the royal family and it’s their only focus it might be pretty hard to stop.

Also in the June 10th print edition of GLOBE is a look at President Obama’s messy White House. Scandals that have erupted all over the place with claims of the President ordering U.S. Citizens be spied upon, lies about the Benghazi Muslim terrorist attack last September and then the IRS’ targeting of political enemies of Obama. All of these huge issues have hit at the same time and have snow balled into a scandal that Obama fears can lead to his impeachment! According to GLOBE, some people are saying that Obama is worse that Nixon! Is it possible that the timing is coincidental and that there was nothing shady being directed from behind the scenes at the Oval Office? Or do you think that true dishonesty is beginning to be revealed? Before you make your decision be sure to grab the new issue of GLOBE which hits newsstands today.

As usual the weekly magazine is bringing you the latest information on Hollywood’s hottest stories and dipping into the political world just as they do each and every week. GLOBE does not have the same set of stories that you find everywhere else, they’re unique and that’s what keeps them relevant. I’m heading out now to get my June 10th print edition of my favorite news magazine!