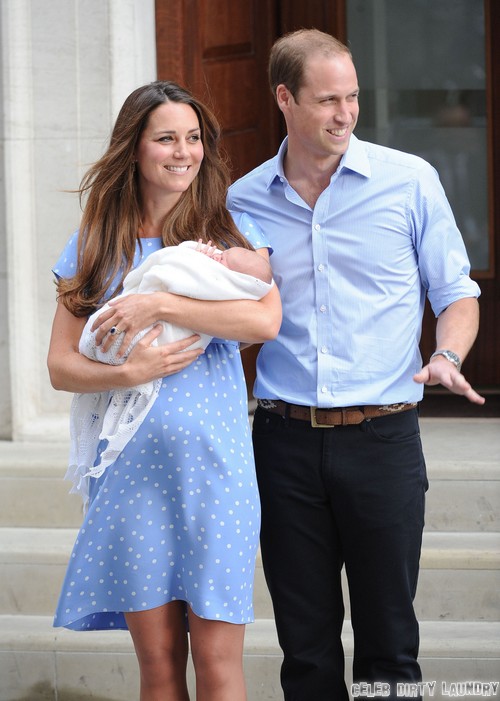 Prince George will be christened in less than a month, at just two months old. The Palace released an official statement confirming the date and location of George’s christening, which means we can probably expect to see a lot of fanfare from the media and press outside of St. James Palace on October 23rd.

The statement said, “Their Royal Highnesses The Duke and Duchess of Cambridge are pleased to announce the christening of Prince George will take place on Wednesday, 23rd October at The Chapel Royal, St. James’s Palace. Prince George will be christened by The Archbishop of Canterbury, the Most Reverend Justin Welby.”

The christening will reportedly hold 60 close friends and relatives, with official portraits and videos from the event being released to the public the next day. However, even if only 60 people are actually inside the church at the time of the christening, I’m sure that hundreds and hundreds of fans will be packed outside – after all, the christening of the future heir to England is a big deal.

Sources also say that Prince William and Kate Middleton also decided on St. James Palace’s Chapel Royal over Buckingham palace because, “It just felt right. It’s the right size and offers the intimacy they had in mind.” The source also added that it had ‘personal meaning for William‘ because it was the resting place of Princess Diana‘s body the night before her funeral.

The details of the ceremony are largely being kept under wraps, and we don’t know even know the identifies of most of George’s godparents. However, sources claim that Kate and Will serve the top tier of their wedding cake, which was frozen after their wedding. Uh, won’t that make them sick? I guess they don’t care.

What do you guys think about baby George’s christening? Let us know your thoughts in the comments.