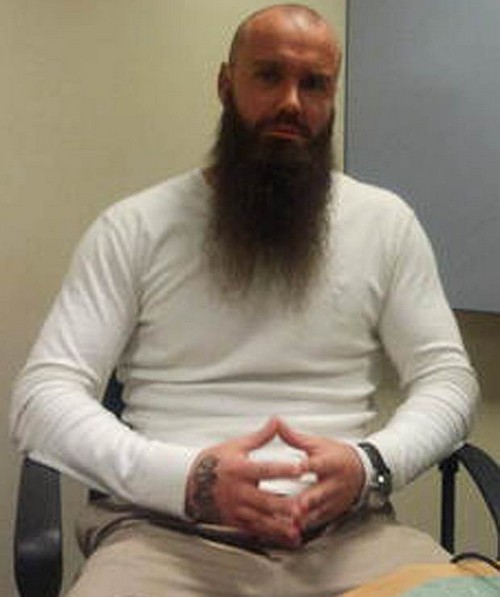 An Irish conman by the name of Mark David Towney, a.k.a. Ashraf Islam, walked into a police station back in May and revealed that he had plans to kill Prince Harry. Obviously, he was arrested and taken into custody on the spot, and months later has pleaded guilty to his plans to kill Harry.

So who is this man and what on earth possessed him to walk into that station and tell them his crazy murder plans? Well, he’s clearly crazy, for one. A prosecutor told the media of Towney’s plans, explaining, “On May 23, at Hounslow police station, Ashraf Islam made a threat… that he was going to kill another person, that was namely Prince Harry… He said he’d been watching the Horse Guards Parade and planned to disarm an officer while disguised as a tourist, rather than bringing a gun into London. He spent some 10 days in Thailand researching Prince Harry and his whereabouts.”

The prosecutor also adds that Towney was clearly not a jihadi, considering he put his own happiness and peace above everything else. He adds, “If I had to speculate wildly as to why Townley has handed himself in to police it would be either because he has once again fallen on hard times and wants three squares and a bed at the taxpayers expense. Or perhaps he’s trying to put himself beyond the reach of his creditors, not all of whom are always entirely innocent themselves. Linking himself indirectly to the Woolwich attack would simply appeal to Mark’s twisted sense of the theatric.”

Towney’s sentence has been set for November 1st so an assessment on his mental health can be made, and it’s highly likely that he’ll be deemed unfit for trial. If all of this was a planned ploy to escape taxpayers or creditors, I’m sure he could have come up with a better alternative. But the fact that he had such ridiculous plans of killing Prince Harry, none of which had any chances of succeeding, and the fact that he turned himself in are all clear signs that show he’s mentally unbalanced.