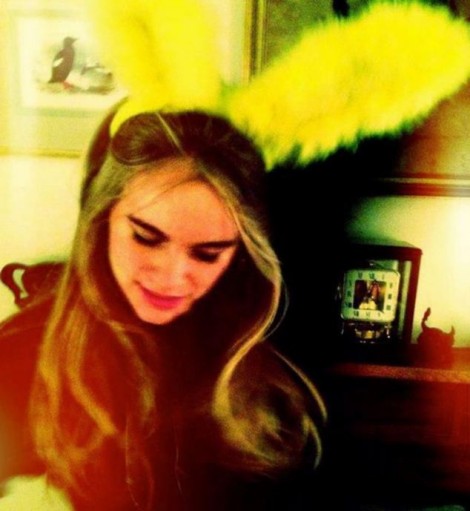 The honeymoon is over between Prince Harry’s girlfriend, Cressida Bonas, and the media. Pictures have leaked via Now magazine showcasing the blue blood’s less royal side and the Daily Mail used them to label the poor girl the Fergie of our generation. And somewhere Pippa Middleton is smiling in relief.

The photos are hardly damning and we’ve definitely seen more skin on Kate Middleton at this point. There are shots being thrown back, male groping and some bunny ears and one looks like she might be getting ready to kiss another chick. Nice.

So what’s a girl to do? She had to have a life before she got swept up in all this royal lovin’. It will interesting to see how she responds. Will she leak stories that spin her in a positive light a la the Middletons? Or will this scare her off for good? Chelsy Davy might have had it right all along. I don’t know if the crown is worth all this. Kate was lucky. She met William early enough and had enough discipline to guard her shit at an early age. Aristocrats aren’t exactly known for self-discipline. Cressida won’t be as lucky. This is just the beginning. If her relationship with Harry continues then many others will come out of the woodwork to sell anything they have on her. It’s the nature of the beast and why Chelsy opted to stay out of the whole thing. God, I wonder what skeletons she has in her closet. Why date a kid for 6 plus years only to then decide you don’t like the limelight?

We’re about to see what Cressida is made of. Will she stay or will she go? How bad does she want that crown? We keep hearing stories that harry’s freaking her out with the marriage talk and that she wants a career first. This might scare her in that direction, right? If she sticks around after this photo scandal, Cressida Bonas will officially be all talk and perfect for the royal family (who has seen its share of photo scandals). However, the Cressida Bonas sexy pics might send her on her way and Harry back to the dating pool. Which do you prefer?