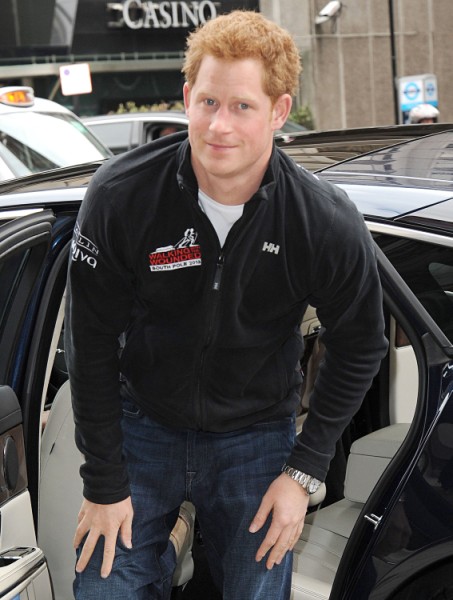 This story is actually scaring me off because it’s not coming from a silly tabloid. We all know the Prince Harry wedding stories from Now magazine or Star are usually crap. They’re entertaining and fun but we know not to really believe them. This little nugget is straight from The Telegraph which makes me very, very nervous that Prince Harry is more serious about this little blond girl than I originally thought.

According to the newspaper’s main royal source, Cressida Bonas has been in tears freaking out about all the wedding talk with Harry. The 24-year-old Laban Conservatoire of Music and Dance student thinks she’s still too young to even consider settling down and might still have feelings for her old boyfriend.

Harry is supposedly getting the itchy feet because he wants something similar to the partnership/companionship Kate Middleton and Prince William have. His best friend, Thomas van Straubenzee, is also getting married soon which probably doesn’t help.

Who would have thought the Playboy Prince doesn’t want to be a playboy? Let’s be fair though. Prince Harry might be wild and impetuous at times but he likes the steady. He dated Chelsy Davy for YEARS and wasn’t single long before Cressida came along. He’s his mother son after all – sentimental at heart. If anything, William and Kate are the more practical when it comes to love.

But is Cressida being a dumb ass or playing hard to get? For all the cynics out there, is she playing this game because she doesn’t want to be seen as a Waity Katy-type figure who only has her eyes on the crown? If so it’s pretty smart. We don’t want another Stepford Princess – especially for Prince Harry. We want a fun, exciting chick who can keep him on his toes which made Chelsy Davy such a sweet bet. Alas, that might be over. Cressida will cry now but she’ll come to her senses sooner or later. Trust.

Is Cressida Bonas scared to marry Prince Harry because of the royal pressure or is she just putting on a front? I’d be more scared of his wandering eye than I would of being compared to Kate Middleton every day.