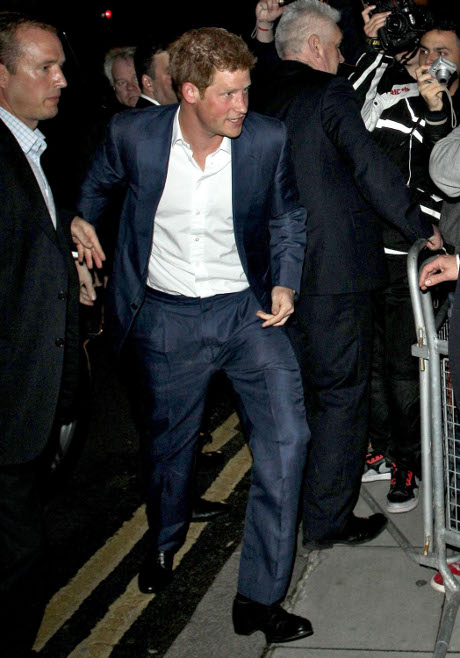 It was only a matter of time before someone else cashed in on Prince Harry‘s naked photo scandal, and who better to rake in some moolah than the girl he allegedly partied with? Carrie Reichert, a beautician living in LA, claims to have had a naked encounter with Prince Harry. But her wild and crazy partying with celebs doesn’t end there. Not by a long shot. Carrie also claims to have partied with the likes of Tiger Woods, Jude Law, Robbie Williams, Michael Jordan, plus a slew of other A-listers. Basically, she’s claiming to have partied with every celebrity who’s received scandalous headlines within the past century.

So, what does a woman who claims to have partied with crazy celebs do next? What’s a gal to do with that sort of dirt? Duh. As always, it’s memoir time. And you know someone’s going to publish it. And you know people are going to read it — even if the work does stretch the truth to twice the original size.

Reichert tells the Daily Mail:  “I am writing a book about what happened with Harry and other people too. I want to put the record straight on the many things, which have been said about me in recent months. I think many people will be surprised at my life story.”

Royals reps are of course denying this girl’s accusations and claim that she wasn’t present with Harry during the night of his party — nor has she ever been connected to the prince. Not even a little bit. I’m not sure what to make of this, folks, but one thing’s for sure . . . . the Celeb World better watch out for Miss Reichert. Sounds like she’s got *fake* dirt on all y’alls!