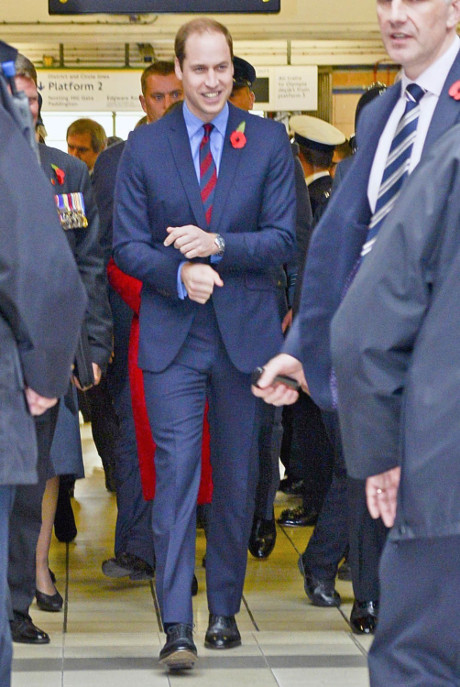 Prince William might want to get a Playstation 4 for his royal man cave; but, unfortunately, it seems as if Kate Middleton isn’t too keen on that idea. While visiting the British Academy of Film and Television Arts in London, Will tried his hand at the new console and quickly fell in love. He wants! He wants! He wants! “It’s very addictive,” he said. “I’d like to get one but I’m not sure how my wife would feel about it.” Aww, I’m sure she’d be fine with it, right? Or maybe she’s just being a Grinch.

He was at the BAFTA headquarters to help honor some of the  brightest stars in the media arts, including young game designers. On the subject he said, “Our developers are more in demand than ever before, so I hope the young people take inspiration from today’s workshop, and get a taste for what a career in games might be like. I know that I, for one, as an enthusiastic but quite useless  gamer, look forward to playing the weird and wonderful games which these young people dream up in the future.”

All right, Kate Middleton . . . . Please get Prince William a Playstation 4 for Christmas. We can see how you might want him to be home and attentive to that new lil’ royal of yours, but a grown prince needs to be able to relax every now and again.