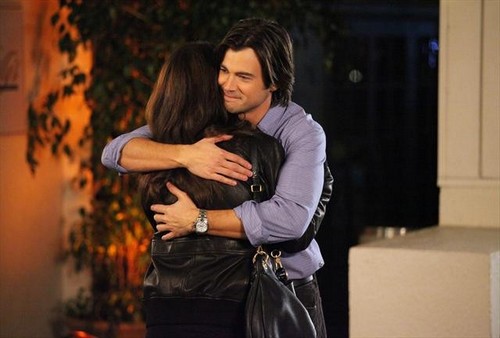 Tonight on ABC after a 3 week hiatus the award winning show PRIVATE PRACTICE airs with their winter premiere called “Good Fries are Hard to Come By.” On tonight’s show Amelia embarks on a new relationship. Did you watch the last show before the hiatus? We did and you can catch up before tonight’s show here!

On last week’s show Charlotte stressed the doctors out when she continued to run Saint Ambrose Hospital from her doctor-ordered bed rest.  Meanwhile, scared that Charlotte might never leave the hospital, Mason began acting out in school.

On tonight’s show Amelia, now sober for more than a year and on the mend emotionally, goes on a series of disastrous blind dates set up by the other doctors at the practice. After vowing to be alone indefinitely, she teams up with James on a medical procedure, which leads to dinner — and the dinner leads to something completely unexpected.

Tonight’s episode looks like it is going to be great and you won’t want to miss it, so be sure to tune in for our live coverage of ABC’s Private Practice at 10:00 PM EST! While you wait for our recap hit the comments and let us know what you think of season 6 of Private Practice, so far?  Also, check out some pics from tonight’s episode and a sneak peek!

Poor Amelia thinks that her life would be a million times better if she met the right guy so she is dipping her toe back into the dating pool and quickly realizes that the water is pretty murky. She ends up meeting up with James and realizes that he might be the best company that she’s had in a long time. The biggest issue she’s having with James is the fact that he has yet to kiss her. She tells her friends about her confusion and they suggest not putting her eggs in one basket.

Amelia has a knock at the door as she’s getting ready for a random date. It’s James who tells her that he can’t take the anticipation any more. He kisses her and tells her to enjoy her date before turning and walking away.

The two make plans for a real date and Amelia talks to Charlotte about being ready to have sex with James. When the time actually comes Amelia freaks out and can’t go through with it. James doesn’t leave and instead she finds him in her kitchen making her breakfast.

She sucks it up and explains that she’s now sober and still kind of a mess so he can run if he wants to. Instead James makes her breakfast and kisses her.

They finally hook up and Amelia uses her pillow talk opportunity to tell James all about her past and how she thought she was in love with a junkie. To question that love cheapens the memory now that he’s gone. James listens and seems to understand her. They quickly turn into an old married couple, flipping tv channels and exchanging banter that makes them so adorable together.

James mentions that his parents are coming into town and Amelia agrees to have dinner with them. These two are take 24 hours and setting a speed dating marathon. I’m thinking they’ll be engaged after 48 hours. Amelia goes to dinner and James’ mother is a tough cookie. She starts grilling Amelia on having children and James tries to divert the conversation which totally pisses Amelia off. She thinks that he didn’t trust her to handle the interrogation and storms out of her apartment after they fight. She heads to the hospital at 2am to talk to Charlotte.

After stewing for awhile Amelia realizes that she’s just afraid of losing another person that she cares about. James tells her that he loves her. She realizes that sometimes you just need to trust your instincts and this is one of them. Tune in next week to see more of Amelia and James together!