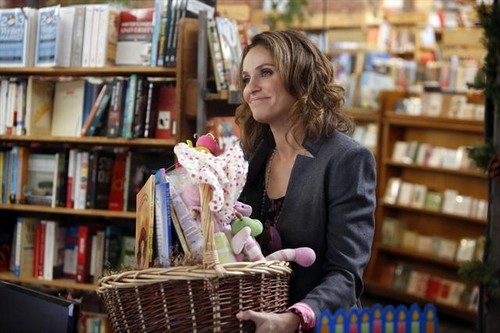 Tonight on ABC  the award winning show PRIVATE PRACTICE returns with a whole new episode called “Full Release.” On tonight’s show Charlotte goes into labour. Did you watch last week’s show? We did and you can catch up before tonight’s show here!

On last week’s show Amelia, now sober for more than a year and on the mend emotionally, went on a series of disastrous blind dates set up by the other doctors at the practice. After vowing to be alone indefinitely, she teamed up with James on a medical procedure, which led to dinner — and the dinner led to something completely unexpected.

On tonight’s show Addison attends Henry’s court date and realizes that the judge still has some concerns about Jake’s past, Sheldon introduces Miranda to his friends, and Cooper’s efforts to secure a dream house are put on hold when Charlotte goes into labor

Tonight’s episode looks like it is going to be great and you won’t want to miss it, so be sure to tune in for our live coverage of ABC’s Private Practice at 10:00 PM EST! While you wait for our recap hit the comments and let us know what you think of season 6 of Private Practice, so far?  Also, check out some pics from tonight’s episode and a sneak peek!

Tonight’s recap: Addison says that the babies are fine and that they don’t need to push delivery along. They start to decide on names but Charlotte says only the parents will be deciding on names. She tells everyone to get the hell out.  Violet is hit on by the cashier at the book store.

Jake tells Addison “Happy Adoption Day” in regards to baby Henry.  Sam tells the babygirl that she’s lucky because she’s got her whole life ahead of her. He thanks her for the good talk.

Addison tells Charlotte that she has been a trooper and that she’s in the final stretch. Charlotte tells Addison to get to her adoption hearing since she is legally having her own baby. Jake decides to walk Addision out but will stay to help with Charlotte. Addison is looking forward to celebrating. Jake calls Henry “our son”.

Charlotte thinks her uterus has become a VIP lounge. She wants Jake to charm out the twins.

During the hearing, Addison is told that the social worker has concerns. The judge can’t finalize the adoption.

Sam asks Violet if she’s feeling alright and to lay her problems on him. Violet says she’s happy for Charlotte and Cooper and everyone else but she had this moment of knowing she’ll never have another child or get married again. Sam says that she is still a work in progress. Sam says no one knows what tomorrow brings because she’s not done yet.  Sam says she is unfinished. Violet says that was really good and he should write a book.

The social worker says that Jake is the problem because he nearly beat a man to death. Mildred says that’s not a safe place for a child. Addison wants to know why Mildred didn’t say something sooner. Mildred says that if Addison were living alone, she wouldn’t have an issue even as Addison begs her to change her mind.

Jake tries to ask Addison how it went but she is evasive. Cooper shows up just as Charlotte is finally delivering the baby.  Sheldon tells Sam that he’s seeing Miranda and that he met her at treatment. He thanks her. The first baby is delivered but the second baby is sideways. Jake and Addison disagree over how to deliver the second child. Addison wants to do a vaginal birth. Charlotte says that the pain is too much even as Cooper tries to encourage her.  The second baby is delivered.
Addison tells Jake that Mildred changed her mind. He realizes it was because of him. Addison knows it’s not his fault but the judge could take Henry from her.

Amelia tells James that she wants lots of babies with him in the future, if they get to that point.

The book store owner asks Violet out. She says she wants to be comfortable with her just now. He says that they will be just friends. Violet decides to write another book. She doesn’t know the title. It will be a work in progress.

Jake goes to see the Judge in the case. Jake says only he can give him the whole story.  Jake offers to leave Henry; he’ll walk away if that’s what it takes since they need each other.

Caroline and Rachel join Georgia. Conner finds out that they’ve gotten the house.

Jake asks Addison when she wants to get married. Jake says that the judge agreed to the adoption and hands her the papers.