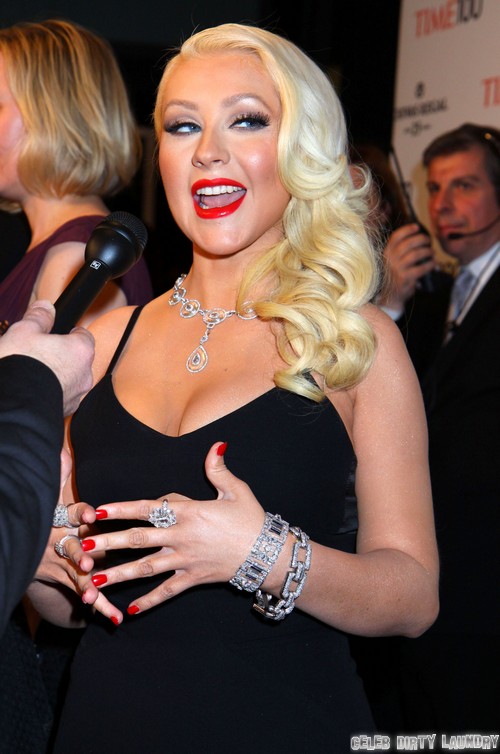 According to the latest piece of fan fiction from the National Enquirer, Quentin Tarantino is interested in dating Christina Aguilera. You know, I actually wouldn’t be surprised if that was true. Quentin’s girlfriends always seem to be blonde and skinny, and the report from the Enquirer alleges that with the weight loss, Christina fits right into Quentin’s ideal.

According to a source, “Quentin is pursuing the ‘Dirrty’ singer for a role in one of his gritty movies — but they say he may also be looking for more. Quentin’s been hitting Christina up with emails, scripts for movies and even letters. He has it in his head that he can take her to the next level.”

However, Christina is apparently not into the attention being bestowed upon her, with the source adding, “Quentin’s creeping Christina out a little. If he thinks she’s interested in dating him, he’s in for a rude awakening.”

Christina is with Matthew Rutler, and they seem thicker than ever. Now, if Quentin did express interest in her, I wouldn’t be surprised if she was ‘creeped out’. However, he is also a legend in Hollywood and most people would be incredibly flattered if he was interested in them for one of his movies.

Again, this is always a weird line to cross in Hollywood. There are a lot of directors who are given leeway in terms of general creepiness, and directors like Woody Allen and Roman Polanski are prime examples. They think that giving roles to young actresses gives them leeway to sexualize them and possibly date them. In Quentin’s case, there has never been rumors of such behavior, but unless Quentin’s being creepy with his attentions, I don’t see how Christina would mind.