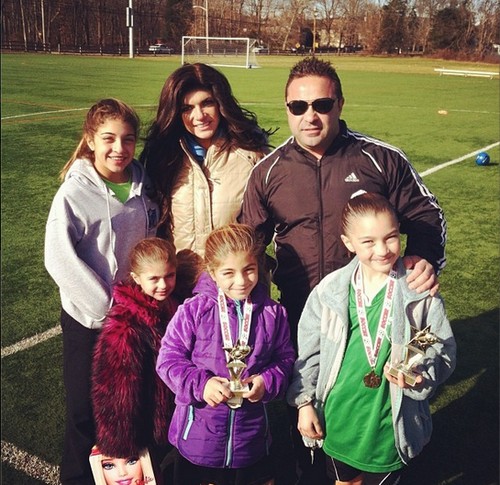 After a lengthy delay The Real Housewives of New Jersey has started filming. Per Radar Online the show was initially set to begin production in the fall. A source connected to the show told the website “The producers just could not get everything together so quickly. They wanted to make sure they are able to get all of the women for the Christmas holiday and they want Teresa’s court drama included but they just didn’t move very fast and so production was delayed for a while.”

Examiner is reporting the entire cast is meeting this weekend. A source told the website “The ladies will finally get to meet the new ladies this weekend and are all nervous to see what the twins and their friend are about.” Examiner did not report whether or not this meeting will be filmed.

I think Bravo should have pressured the producers to move faster. There is a lot of interest in Teresa Giudice’s fraud trial. If they started filming this fall they could have included Teresa and her husband Juicy Joe going back to court a second time to face additional fraud charges. The Giudice’s trial starts in February so there will not be a lot of time to shoot the entire season.

A source told Radar Online “First they have to just do the women individually and catch up with what has been going on with them and their families, then they’ll get them together and all of the drama will start.”

Since filming is starting so close to Christmas its safe to say the first third of the season will be introducing the new women and showing all of the families celebrating the holidays. It will be a re-run of season three when Melissa Gorga and Kathy Wakile joined the cast.  Of course if things go south for Teresa and Joe then we might see a new show – “The Real Housewines of New Jersey Meet Oz”