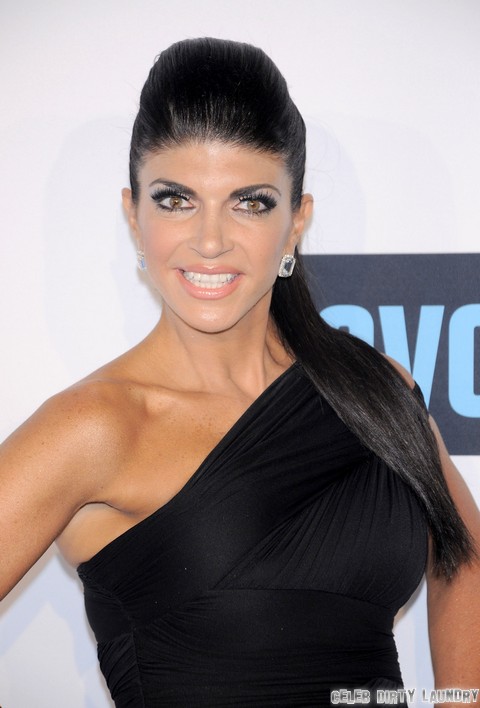 If you were one of the millions that tuned in to watch the last season of The Real Housewives of New Jersey then I’m sure you remember what was affectionately referred to as “Strippergate”. In a nutshell, Teresa Giudice teamed up with a few of her shady pals to publicly try to prove that her sister-in-law, Melissa Gorga was a stripper before marrying Joe Gorga. Johnny Karagiorgis is reportedly responsible for spreading the vicious rumors about Melissa and if you thought that the fallout from that mess would stay in last season you’d be dead wrong.

On March 30th Joe came face to face with Johnny in a Ridgewood, N.J. Hair salon and according to the April 22nd print edition of In Touch things got uglier than ever. Chris and Jacqueline Laurita were with Joe when a huge brawl broke out between him and Johnny. Chris ended up intervening and Jacqueline hit Johnny in the head with her stiletto! How bad was it? Well, police were called and EVERYONE is facing possible assault and harassment charges!

Where was Teresa during the melee? Who knows, but she did have to admit that she was absolutely involved in setting Melissa up. Johnny’s wife threatened to present her brother Joe with the phone records that proved she and Johnny were in cahoots so the Jersey Princess finally admitted to what everyone already knew. Obviously this confession alone will be fuel for a lot of interesting footage on the upcoming season! Will you be watching when the next season of RHONJ begins on Bravo? Are you surprised that Teresa was at the root of Strippergate? A few months ago she and Melissa were supposedly getting along, do you think they’ll ever be able to put all of the drama aside for the sake of the family? Tell us your thoughts in the comments below!