Teresa Giudice of Real Housewives of New Jersey Overjoyed to Receive Invite to NeNe Leakes’ Wedding — But She Can’t Attend! 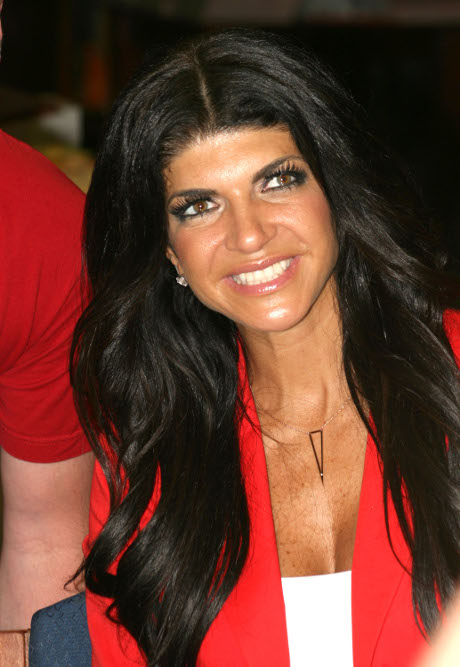 Teresa Giudice is tickled pink after NeNe Leakes has reached out to invite her to her wedding. How sweet, right? The invitation came to the feisty Bravo housewife in hopes she’d be able to attend, but with a packed schedule (book tour, remember?) Teresa is having a mini panic attack because, while she wants to go so bad, she’s not sure how she’ll be able to make it! We’re sure the great NeNe will understand, Teresa, she knows you’re busy.

I think this invite could also be viewed as a peace offering, an olive branch of sorts — even though they haven’t had a ton of conflict in the past. It’s nice to know that you have friends, especially when the so called “friends” on your own show act like everything but that. Yes, we’re a clearly talking about Melissa Gorga — Teresa’s arch nemesis on Real Housewives of New Jersey.

NeNe tells In Touch that she feels for Teresa and that she’s on her side, when it comes to the Melissa Gorga situation. The invitation came to Teresa not long after NeNe publicly defended Teresa against Melissa Gorga:

I feel for Teresa because there’s something about being the first one in,” NeNe said. “When you’re the first one in on one of these shows and somebody comes behind you, it’s sort of like, ‘Hold on, you need to respect the veteran. I was here first. You need to play on my territory.’ So I kind of sided with Teresa in that area. Melissa, you came on her show. So you watched her on television and you wanted to be on the show like she was. No, girl, take a seat now! You’re not a veteran.”

It’s always nice to have a lady like NeNe on your team. Wouldn’t you think?

Teresa tells In Touch exclusively: “I’m on my book tour and I’m like so upset. She just invited me yesterday. I don’t know how I’m going to do this,” the reality star confided. “You can’t cancel your book tour. I’m already booked for [the day of her wedding].”