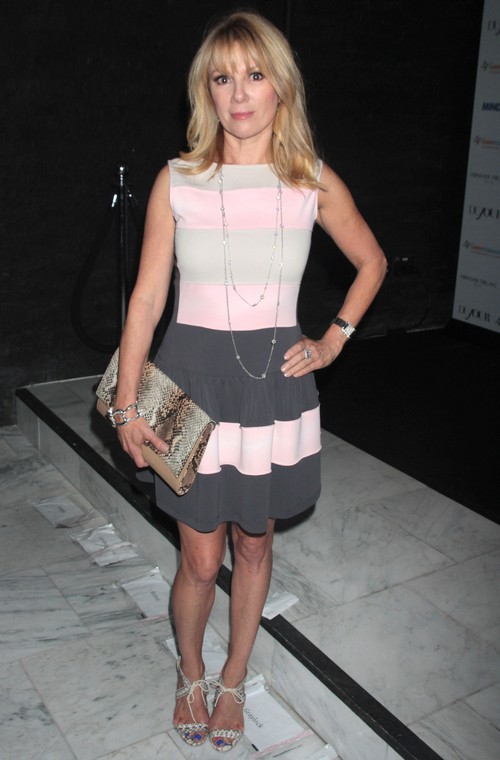 If you’ve watched The Real Housewives of New York then you’re already familiar with Ramona Singer, the wine peddling lush who is married to Mario Singer, a wealthy businessman. The couple has been dogged by rumors of his cheating in the past and it seems Mario picked up a new close friend in the last six months.

According to the Oct. 29th print edition of In Touch Mario has been having a fling with a bubbly blonde socialite that he met in the Hamptons over the summer. It’ll be interesting to see if this issue is addressed on the upcoming season of RHONY since filming just recently wrapped up. Of course Ramona insists that her husband of 27 years would never cheat and that the rumors are all intended to cause drama. The thing is, when rumors like this keep swirling their usually is a hint of truth mixed in somewhere.

Do you think that Mario is messing around on the side while Ramona drowns in bottles of Pinot Grigio on the daily? She seems like a tough person to deal with doesn’t she? How about the fact that the show is actually coming back for another season? I really figured RHONY was a wrap after last season. It was old and stale, apparently like the Singer marriage! Will we see a hint of trouble between them pop up in the show or will it never be an issue on camera and if it’s not, will that make you wonder about the validity of the entire show? When these reality shows give us one thing and we hear another kind of story churning in the regular media, does it make you question what’s really happening? Tell us your thoughts in the comments below!