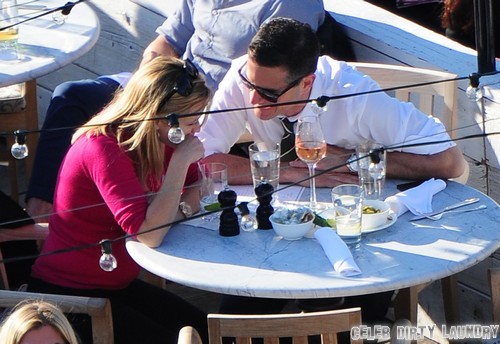 Award season is just around the corner and it seems like some Hollywood actresses are ready to draw blood to win the golden statues. Julia Roberts is reportedly furious that she is not even considered a “Best Supporting Actress” frontrunner for her role in August: Osage County and according to Radar Online, Reese Witherspoon started her Oscar campaign months ago.

With the help of her husband and CAA talent agent, Jim Toth, Reese is getting “high-level strategic counsel” for her role in the independent movie, Mud. The movie opened to a wide release back in May and also co-stars Matthew McCounaughey. “Jim believes that if Matthew gets nominated for supporting actor — as part of the momentum from his best actor campaign for Dallas Buyers Club – then Reese has a real shot for her role in Mud,” the source said.

Jim apparently starting schmoozing Academy voters and sending out screeners around Labor Day. He wanted Mud to be one of the first movies they saw. However, this rubbed several actresses the wrong way. “All of the sudden here’s Reese’s little movie coming in their mail, before anyone has even seen their performances,” said the source.

Jim and Reese married in 2011 and since then, Reese’s public image has changed. She is no longer America’s sweetheart we all loved in Sweet Home Alabama and Legally Blonde. They were both arrested in April when Jim had a blood alcohol level .139 and Reese began arguing with the police. She even used the “Do you know who I am?” defense. He was charged with a DUI and Reese was charged for disorderly conduct.

2013 is not looking like Reese’s year. With the arrest and now, Jim’s relentless push for her Oscar nom, Reese’s reputation and appeal is sliding fast. Is Jim really a good match for her or should go find Ryan Phillippe, wherever he is? Tell us what you think.