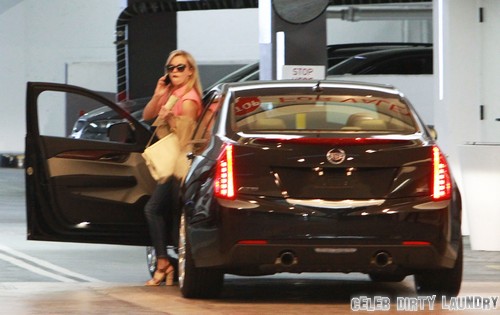 Is Reese Witherspoon trying for Oscar glory again? It certainly looks like it, based on her latest casting announcement. Witherspoon has just joined the cast of Paul Thomas Anderson’s ‘Inherent Vice’, based on the novel of the same name. Now, it’s no secret that actors love PTA and that he loves them back – in fact, almost every single one of his movies have garnered at least one of its actors an Oscar nomination. That’s one hell of a track record. Not only that, but ‘Inherent Vice’ will be re-teaming Reese with Joaquin Phoenix. You know what happened the last time they were in a movie together? Well, it was called ‘Walk The Line’ and it got Reese Witherspoon an Oscar for Best Actress.

Everyone knows at this point that Reese dun-goofed when she drunk yelled at the cops to find out who she was. However, she’s managed the aftermath of the incident rather smoothly. She went on the air, gave interviews, and repeatedly told anyone who would listen how sorry she was for being a drunk mess. So, no – it’s not going to affect her career.

However, it looks like she’s already making a drastic change to her career as it is. Witherspoon is a good actress – with the right role. In dredge like ‘This Means War’ [where the only saving grace was Tom Hardy shirtless], she comes off as trying too hard to cash in all her $12 million paychecks before she gets too old. However, she’s been choosing her roles very carefully since then, likely hoping to return to her ‘Walk The Line’ days when she was a critical and commercial darling.

She already has Atom Egoyan’s ‘Devil’s Knot’, which co-stars Dane DeHaan and Colin Firth, and is based on a true story. She’s already tipped to be an Oscar contender with that role, and if that doesn’t happen – well, she’s got a great chance at a shot next year with ‘Inherent Vice’.