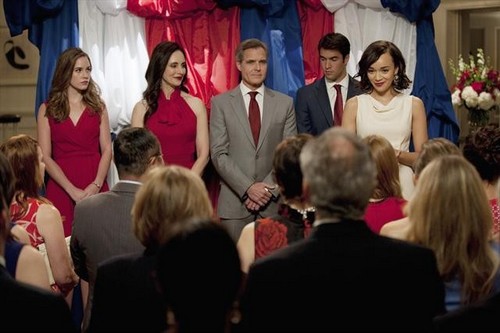 Tonight on ABC REVENGE returns with a whole new episode called “Sacrifice.” On tonight’s show if the past is any indication, this labor day will end summer with another bang. Did you watch last week’s show? We did and we recapped it here for you!

On last week’s show emotions ran deep when Jack and Amanda’s wedding reminded Emily of what could have been. Meanwhile, things for Daniel got complicated at Grayson Global, and Conrad began a new chapter.  Emily’s had sacrificed her whole life trying destroy the Graysons to avenge her father’s death. The Greyson have always been her enemy and last week her plans for the future began to unravel and there was NO turning back!

On tonight’s show even with threats on their family closing in, the Graysons are in rare form as they put on a bold showing at their annual Labor Day bash. Jack and Amanda sail off on their honeymoon but the seas prove to be deadly, and this time Emily can’t control the outcome. 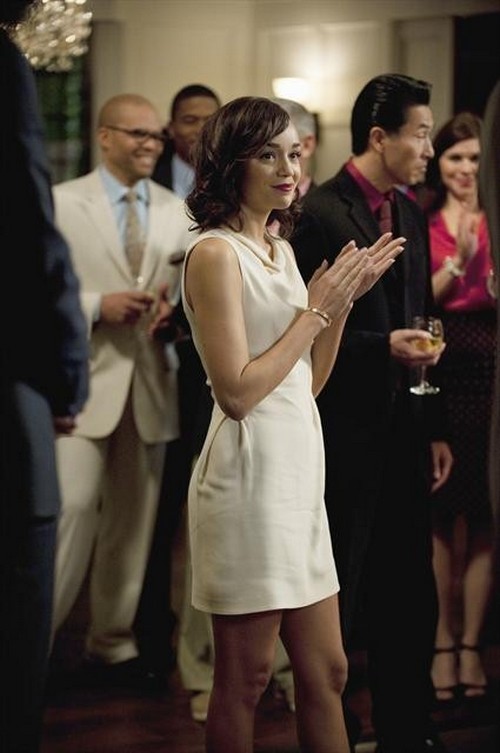 Tonight’s Revenge episode 14 is going to be exciting, and you won’t want to miss. So be sure to tune in for our live coverage of Revenge — tonight at 9PM EST! While you wait for our recap, hit the comments and let us know how excited you are about the new season of the Revenge? Check out a Sneak peek video of tonight’s episode below!

Tonight’s show begins with Jack and Amanda celebrating their honeymoon out on the boat as someone looks on in secret. At the same time the Greysons are covering up Victoria’s murdering Helen. Victoria is as usual lambasting Daniel for his choice in friends and she enlists his help in making Amanda look worse than usual. Conrad has Ashley run and tell Emily that Amanda showed Conrad something on her laptop that scared him. So much that he did a 180 on all of his plans.

Jack and Amanda’s visitor reveals himself to be one of the guy’s that is dangerous and has hunted Jack before. His name is Nate and the couple realizes that they need to kill him before he kills them. Meanwhile back on land Emily and Nolan realize that Nate has caught up with the couple and scramble to find them.

Victoria aims to talk to Daniel but he doesn’t want to hear anything that she has to say. He realizes there was never a conspiracy at least not how Victoria described it. Padma is still nervous and Nolan calls to tell her that she is being left in Aiden’s hands for now. Nolan explains that the same people who took her father also took Aiden’s sister.

Back on the boat Amanda tries to play Nate and while doing so Jack finds the laptop and watches footage. He turns on Amanda and it’s both men against her. Nate shoots Jack and Amanda dumps him into a life raft before cutting the cord. She tells Jack she loves him and is saving him. Nolan and Emily reach the boat as Nate knocks Emily out cold.

Victoria and Conrad are grilled over Helen’s death and Conrad tries to shift the blame to Amanda since she’s a convenient scapegoat. Emily and Nolan go after Jack’s lifeboat. They find him still alive and Nolan is ordered to get him help while Emily goes back to try and rescue Amanda.  She makes it and both girls struggle with Nate. Gas is leaking and he eventually lights a match causing the boat to explode as both Em and Amanda jump overboard. Emily is alive but can’t find Amanda at first. She eventually gets to her but Amanda appears to die in a crying Emily’s arms on a life raft.  Tune in next week to see what happens next.