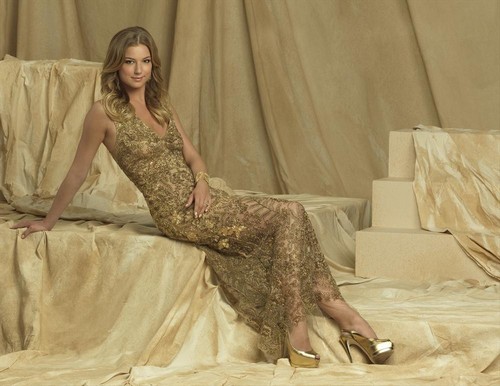 Tonight on ABC its hit drama REVENGE continues with a new episode called, “Dissolution.” On tonight’s show amidst a sea of complications, Emily shows a new sense of resolve.  Did you watch the last week’s season 3 episode 5?  If you want to catch up we did and we recapped it here for you!

On last week’s show Emily was losing hold of her plan, and her groom, when Daniel made a startling statement at the Voulez magazine launch party, leaving her vulnerable and ready to do whatever it took. And Jack was forced to make a difficult decision for the sake of his family after he found himself in a new enemy’s crosshairs.

On tonight’s show roadblocks seem to be mounting for Emily as Daniel’s attention is focused elsewhere, Grayson Manor may cease to exist, and two of the most important people in Emily’s life start turning on her – leading her to do something very uncharacteristic.

Tonight’s Revenge season 3 episode 6 is going to be exciting, and you won’t want to miss. So be sure to tune in for our live coverage of Revenge — tonight at 9 PM EST!  While you wait for our recap, hit the comments and let us know how excited you are about the new season of the Revenge? Check out a sneak peek video of tonight’s episode below.

Emily was getting on with her day when she decided to go over to Nolan’s for some espionage. When she spotted Patrick leaving the house she got worried. She barges in on poor Nolan in the bath thinking he’d been murdered when he was actually recently pleasured. She warns him about Patrick though but he won’t listen. All he hears is that Emily may get rid of the one guy he’s been able to connect to. She does after all knows the truth about Patrick.

Soon Jack learns it too. He wanted to warn her that Charlotte took the blame for Conrad’s accident. When he knew it was Patrick that tried to kill Patrick he wanted to do something about it. He said he didn’t like the idea of the guy being around Charlotte. Yet Emily swears she never let anything bad to happen to Charlotte. Although she doesn’t want she’s going to do to Patrick. Whatever it is it won’t involve Jack.

Later Emily was all set to unnerve Patrick over breakfast when his mother pulled him away from the scene in a hurry. Still, the breakfast continues to go downhill. No sooner that Emily and Daniel announced their family honeymoon trip that Conrad admits he sold Gracen manor. Emily feels them earning from the place will be just too much. Before the house gets bought; she and Aiden are going to work out a plan to destroy the deal.

Vicoria does go on to confront her son over his actions. However she’s not mad. She understands why he did it and willing to overlook it. She has to anyway. She wants to put the gallery in his name so that Conrad won’t be able to profit from it in any way. Her future literally will rest in his hands.

Patrick feels with the truth out that maybe he needs to come clean to Nolan. He appears to really care about him and wants to start something there. Nolan can’t. He knows what Emily is planning for Victoria. He won’t abuse Emily’s trust and yet he can’t resist Patrick. They’re in a budding new love stage. Neither wants to think how their other loved ones will react to the pairing.

Daniel and Charlotte when running errands when Daniel ran into his ex-Sarah. The girl he injured in his drinking and driving case a couple years ago. It seems now that his parents are broke she’s no longer getting checks for her medical expenses. The moment she sees Daniel she’s goes off on him. She’s working all hours of the day just cover damages he caused. There was a lot of pent up anger to unleash.

Daniel is so hurt because he knows she has every right to be angry. He never once thought how his family dealt with her. He goes to finally get a look at her settlement leaving Charlotte alone. Charlotte doesn’t feel her brother should be worried about Sarah. He did try to make amends but she also didn’t like how Sarah rips into him. So she calls to make a complaint about Sarah at her working. She knows the girl is going to get fired from that. But not to worry. Charlotte has a job waiting to be filled by none other than Sarah.

As Daniel is busy learning the truth in the city, back in the Hamptons Emily and Aiden stage a massive home repair. It seems her house will become too dangerous to inhabit.

Nolan goes to Jack wanting to share his good news over finding Patrick. He’s shock to find Jack already knows Patrick is a bad guy. Figuring he knows that much, Nolan admits he knows everything. Jack was mad that Nolan knew the truth about Emily/ Amanda. But he will move pass it seeing as they’re both protecting her for the same reason. What he won’t write off is if Nolan doesn’t test Patrick. They don’t know if Patrick won’t hurt anyone else again.

The home repair was all staged to make it look like her home was falling into the ocean. Global Warming destroying beaches and all that. The real estate agent for Conrad learned about this fact from Emily and did some investigating herself. The Gracen Manor is slipping into the sea. Something Conrad didn’t warn her about. She won’t sell the property without stating the full facts to any buyers and so she gets fired. After that happens she threatens to make the Manor into the most untouchable house in New York.

Amanda got the family to stay in the manor all except Victoria. The lady of the house is truly leaving her husband. They no longer have assets to fight over so why bother to stay. Not that it will keep Emily from finding a way to keep the family together.

Jack went rogue. He did it with Nolan’s blessing which really wound up Emily. Jack went to Conrad about Patrick. Emily was going to figure out a way to use him knowing how much that would hurt Victoria. Jack and Nolan stopped her from that. Nolan said he was tired of feeling isolated. He told Jack he knew she was Amanda as well. He may have signed on to all of this but he didn’t do it out of revenge. He just wanted friends.

Aiden did find a way to make Victoria want to stay in the family. He went out and found the Gracen family fortune. Victoria wants to be upset with Conrad when how could she with Conrad knowing what Patrick did. She has to get him out of the country.

The job Sarah got was at the Stowaway. She did conveniently arrange for Daniel to see Sarah. Daniel gets to speak her as she was getting off of work. He’s able to appeal his case to her. He wants to make thing right for her now.

Emily goes to both Jack and Nolan. She wants to fill them in on everything. Including her ultimate plan of framing Victoria for her murder.