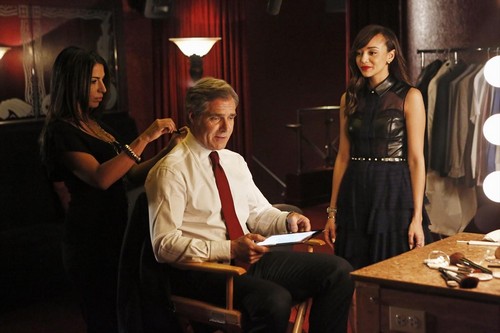 Tonight on ABC REVENGE continues with a whole new episode called “Engagement.” On tonight’s show Jack learns more than he bargained for, and desperate times call for desperate measures as Conrad’s gubernatorial numbers slip after Victoria’s big reveal on “Nightline.”   Did you watch the last episode before the break?  We did and if you want to catch up, we recapped it here for you!

On last show desperate to find Padma, Emily, Aiden and Nolan had to track down the Falc0n’s true identity and put a stop to the Initiative while Emily struggled with her future and Victoria fought her own battle after a very exposing interview on “Nightline.”

On tonight’s episode Emily plots her next move in her new role as Daniel’s fiance, while Aiden struggles with the re-engagement. Meanwhile, Jack learns more than he bargained for, and desperate times call for desperate measures as Conrad’s gubernatorial numbers slip after Victoria’s big reveal on “Nightline.”

Tonight’s Revenge episode 20 is going to be exciting, and you won’t want to miss. So be sure to tune in for our live coverage of Revenge — tonight at 9PM EST! While you wait for our recap, hit the comments and let us know how excited you are about the new season of the Revenge? Check out a Sneak peek video of tonight’s episode below!

The mystery of Victoria’s son continues. While Daniel got reengaged to Emily, every male born in ’73 is claiming to be Victoria’s long lost son.

Daniel wants his money. Why? Because he plans on cutting ties to the company and most likely his mother. But his dad is trying to stonewall him. Did he do something with his son’s trust fund?

Daniel is suspicious of Aiden. He now knows the guy’s father was the one suspected of planting the bomb on the flight.  Daniel thinks Aiden is out to get the initiative. Before Aiden to sweet talk his way out of it; Daniel throws him out of his office.

Ashley is still playing with Jack.

Emily is trying reign in Charlotte by offering her sisterhood but Charlotte’s new friend is only out to cause her trouble. Victoria on the other hand is too busy throwing daggers at Emily otherwise she would be concern about her daughter.

Jack just can’t seem to catch a break. Every time he thinks he has the upper hand; he realizes he’s playing in the wrong crowd.  Although he did give Victoria important information.

Conrad’s fellow campaign runner is sick. Instead of telling the media, he decided to sit on it. What’s his plan now?

Nolan finds out that Victoria has paid out five million to her actual son in order for him to just go away. His arch nemesis proves to be a fountain of ammo.

It’s the engagement party. The original Japanese samurai is back. It was him that blew the whistle on Aiden. However he also seems to be working his own agenda and he doesn’t want any help.

Jack and Emily finally talk. Emily tries to warn one last time but he’s still angry she’s marrying into the family from hell.

Nolan and Emily are plotting. They’re trying to figure out a way to work the “Patrick” dilemma. Daniel interrupts for a quick moment. His sister got arrested and he goes down there to bail her out. Nolan thinks that’s very human of him. But Emily makes it understood that Aiden is her future.

Aiden is in a precarious position. He takes on his mentor after finding out about his betrayal. A game of swords ensues. At first it looked like the end of Aiden until surprisingly he gains the upper hand and kills hkh.

Daniel takes his sister out to discuss what’s been going on with her. The great shock of the night is Charlotte’s pregnant.

Victoria reaches out to Jack to form a truce. Are they both being truthful or they just using each other.

Aiden is stealing some of the Gracen’s money. Emily tries to stop him but its too late. Aiden has bankrupted them and possible shut down the electricity in all of New York. The Falcon had one more up her sleeve.

On next week’s promo, it’s the two hour finale. What happened after the blackout and how is Emily going to fix this now.