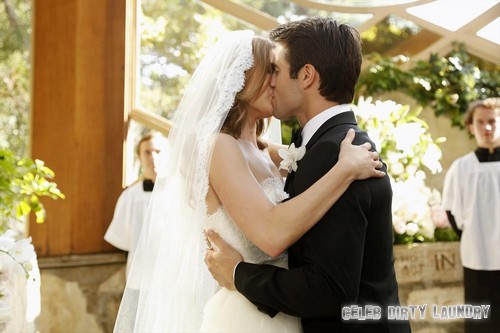 REVENGE returned tonight to ABC and what an episode as we build up to the wedding.  Just when we think Emily’s revenge plan is going to happen something comes to mess it up.  I cannot wait till next episode, and we have a sneak peek video and some insight for you below on what is going on next week below.

On tonight’s show as the wedding of the century quickly approached, Emily put the finishing touches on her final take down. But the tighter Emily held the Graysons in her grasp, the more they slipped through her fingers.  This episode was written by Joe Fazzio, and directed by Jennifer Getzinger.  If you missed the episode we have a full and detailed recap, right here for you.

Spoiler alert: If you’re one of those people who doesn’t like spoilers, stop reading now! We have some juicy spoilers for you about the season 3 episode 10 of ABC’s “Exodus.”

ABC’s Official Synopsis: “The wedding of the century has finally arrived and Emily’s master plan is poised to go off without a hitch until enemies unite, bringing new complications and leading to dire consequences.”  Exodus was written by Sunil Nayar and Karin Gist, and directed by Ken Fink.

On next week’s mid-season finale wedding vows are made, secrets are revealed and Emily’s fate is sealed.  The wedding of the century will commence and Emily gets shot on a boat.  Victoria is taken away in handcuffs and Daniel slaps her in the face.  Who do you think shot Emily, she certainly has made a lot of enemies.

Revenge Season 3, Episode 10 “Exodus” airs on ABC on December 15, 2013. Check out the preview videos and photos from episode 10 below and let us know in the comments below what you think!