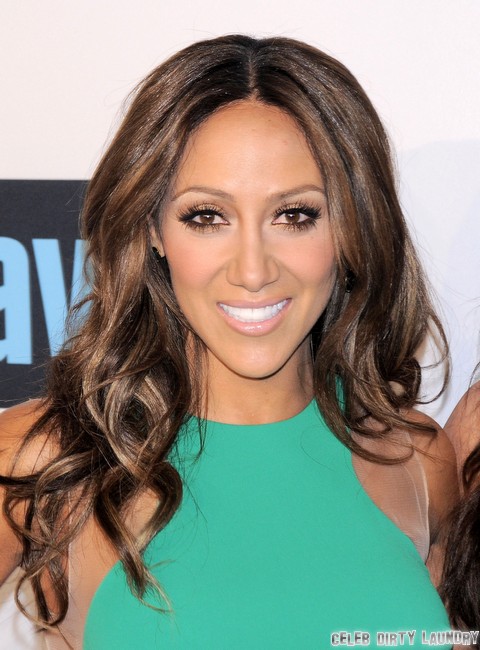 If you’re a fan of The Real Housewives of New Jersey then you already know that Melissa Gorga often finds herself in a position where she needs to defend herself. Sister-in-law, Teresa Giudice has tried in vain to make Melissa look bad, with her biggest attempt becoming known as “strippergate”. Tre insisted that Melissa was a stripper before marrying her brother, Joe Giudice and brought in a few people to lie on her behalf. That little situation turned into a toxic cloud at the most recent cast reunion and the fallout is still playing out in the new season that begins airing in a few months.

For once Melissa is in some hot water and it’s completely her own fault and NOT family related. The reality star was driving her white Bentley through Boonton, N.J. When a police officer pulled her over for speeding. Apparently in this case, Melissa’s good looks didn’t get her anywhere. She tried to talk the cop into letting her go, but according to the May 6th edition of National Enquirer, he told her to relax because it was going to take a while to write all five of her tickets.

Melissa had neither her registration or proof of insurance, her kid wasn’t in a child safety seat and she had unclear license plates. Those things alone came with a fine of $598 and a court date set for this coming Tuesday. While relatives have told Melissa just to pay it and move on, the tough mom of three thinks she can get the whole thing dropped and intends to put up a good fight. She insists that she wasn’t speeding and so when that is introduced to the judge they will throw out all of the other charges as well.

Should Melissa just suck it up and pay up? Is this really worth the fight? Doesn’t she have enough to battle her way through already with her family? Tell us your thoughts in the comments below!