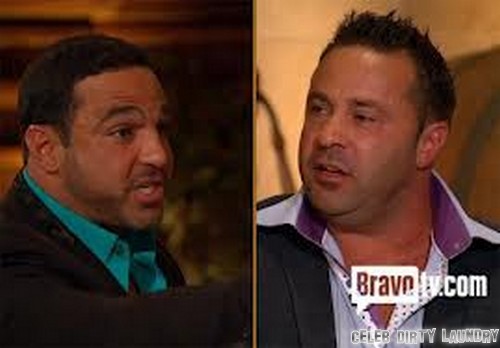 The Real Housewives Of New Jersey stars Joe Gorga and Joe Giudice got into a heated argument just recently. Celebuzz reports that the brothers-in-law got into a nasty fight during a retreat in Lake George, New York.

Another source at the retreat said that Teresa’s husband Joe issued the first physical assault and the cameras were there to film the entire thing. The snitch said, “Joe Gorga got behind Joe Giudice and had him in a bear hug — but not the affectionate kind. Joe Giudice punched Joe Gorga in the side, twice. Teresa was there, but she left the room mid-fight.”

If you’re curious as to what started the feuding, the source said, “Nothing specific – it’s everything. It’s them being them, all the back-and-forth. There wasn’t one thing in particular. It’s their history. They were civil afterward. One minute they’re arguing, the next minute they’re nice and family again.”