Rihanna Dumps Best Friend Melissa Forde from her Entourage: Was she too Outspoken and Controversial? 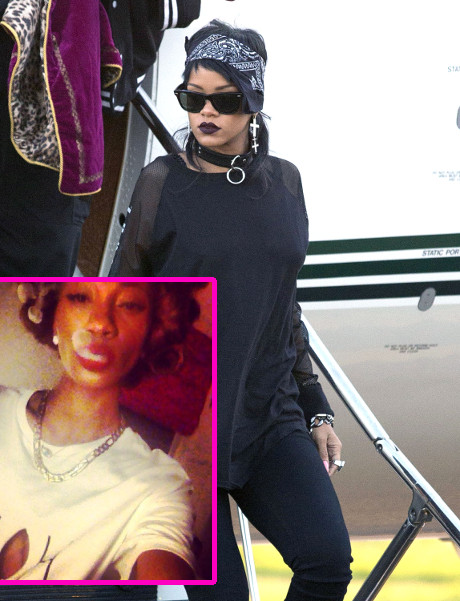 Melissa Forde might be buying a ticket and flying back to Barbados in coach. Who is Melissa Forde you ask. She is the sidekick that is never too far from Rihanna. Its hard to find a paparazzi picture or award show moment of Rihanna without Melissa lurking somewhere in the background. But it seems Rihanna may be looking for a new BFF.

The rumor is that Rihanna is looking for a change and is downsizing her entourage. Melissa may have been one of those laid off her position. Reportedly, it has been two weeks since the childhood friends have been seen together and they no longer follow each other on Instagram. This is huge news since Melissa takes a lot of Rihanna’s selfies and has been deemed her “instasisstant.” Its also being rumored that the “Pour it Up” singer kicked Melissa off of the Diamonds tour and doesn’t want anyone else in her camp to talk to her or about her.

Although they were childhood friends in Barbados, this might be a positive move for RiRi. Melissa is known to start drama and add fuel to the fire on Rihanna’s behalf. She has been very outspoken about Chris Brown and his current girlfriend, Karrueche Tran. Tran is of Asian decent and Melissa once referred to her as “rice cake.” She was seen eating popcorn during Drake’s VMA performance this year. She also played a significant role in Rihanna’s celebrity feud with singer, Ciara, and most recently engaged in RiRi’s Twitter war with rapper, Teyana Taylor.

The “Good Girl Gone Bad” and the “Queen of Shade” may have parted ways for now but I think these mean girls are two of a kind and made for each other. As soon as Rihanna finds herself in another social media feud, Melissa will be there to shade some more. Tell us your thoughts on this friendship. Will it continue or has Rihanna had enough?